A year later, those headphones were succeeded by the WH-1000XM2, which had a slightly tweaked design, better sound quality and features. The latest model in the sequence is the Sony WH-1000XM3, which aims to move the series on a notch further.

Much like their predecessors, the Sony WH-1000XM3 are premium wireless over-the-ear headphones. They have active noise cancellation (ANC), Bluetooth and near-field communication (NFC) connectivity.

While the headphones have a strong feature set, from fast-charging to support for the Google Assistant, their party piece is improved noise cancellation. This, as you'll see if you read further, is a serious rival to the best that Bose can offer.

Available in black with copper accents or “platinum silver” with a smattering of brass highlights, the design of the XM3’s headband is similar to the XM2 but the headband has been given a bit of a tweak. Rather than exposing the metal core as the XM2 did, the headband is now covered over and wrapped in faux leather, presenting a slightly less industrial look and shaving off 20g of weight.

With thicker and softer cushioning on the earpads and improved padding on the headband, the XM3 is very comfortable, so you can wear the headphones hours on end and not feel the strain.

Smooth surfaces on the earcups maintain the minimal look and there’s a brace of buttons on the left earcup for controlling the noise cancelling mode and powering the headphones on and off. Playback and volume controls are delivered through a touch-sensitive panel on the right-hand cup. 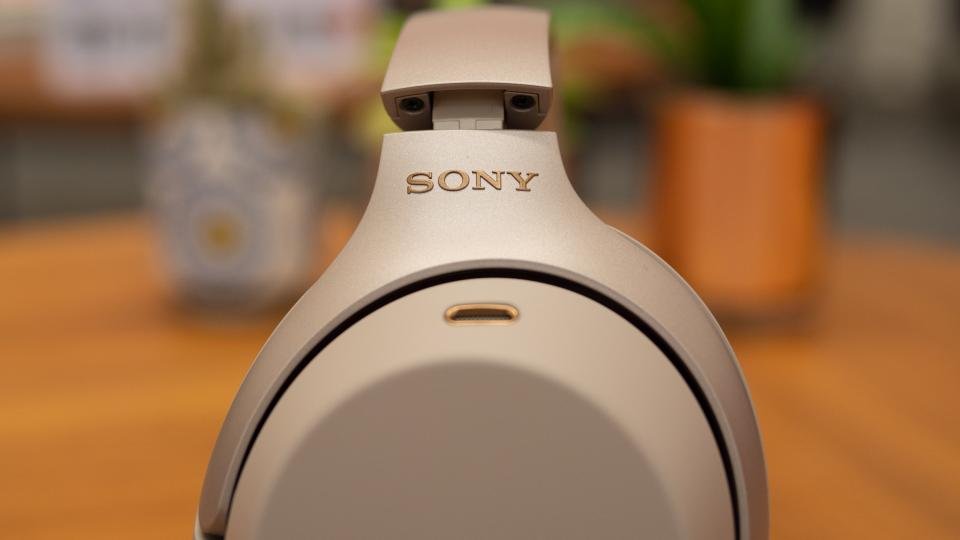 While these controls take a little bit of getting used to – you double tap to play/pause songs and swipe in various directions to skip tracks and ramp up the volume – they do lend a very clean aesthetic to the headphones. Owners of the XM2 won’t notice a great deal of difference, though.

One neat feature is, while the panel is covered with the palm of your hand, the headphones temporarily cut the volume and switch off noise cancelling so the wearer can hear what's going on around them without needing to remove the headphones. You might feel a little daft doing this at first but it gets intuitive rather quickly.

A USB Type-C port sits on the bottom of the right earcup, while a 3.5mm jack can be found on the left, meaning there’s still an option for a wired connection if you don’t want to use battery-sapping Bluetooth all the time. 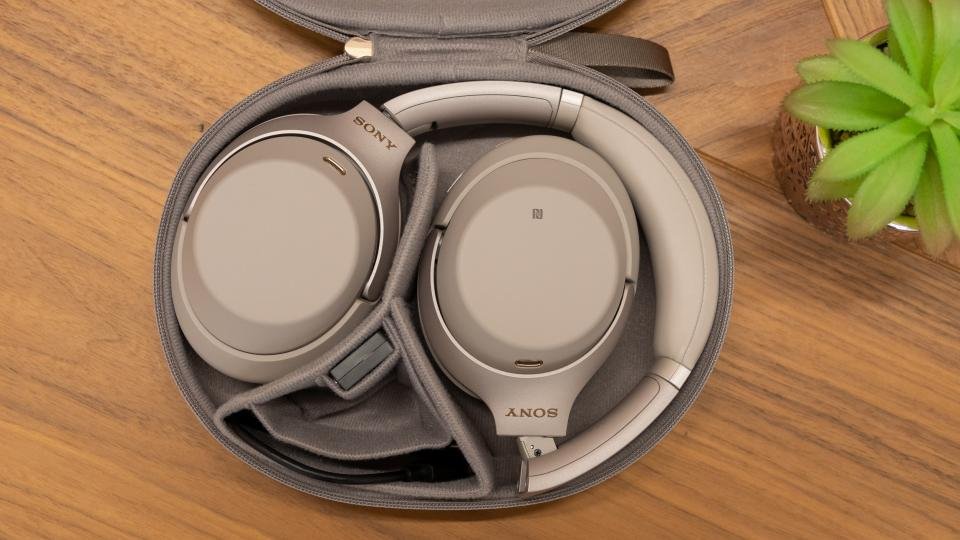 The Sony WH-1000XM3 comes with a generous selection of extras. You get a semi-hard, fabric-covered case, 3.5mm analogue and USB charging cables, and a double-pronged airline adapter.

There’s a comprehensive list of core features, too, including Google Assistant support, rapid charging and Sony’s QN1 chip, which brings together a digital-analogue converter (DAC), noise cancelling control and an analogue amplification on one chip.

Sony’s Headphones Connect app, which supports both Android and iOS, allows for some fine tuning of the headphones, too. There’s an equaliser and surround sound/position control, and you can also adjust the noise cancelling so that it’s fully-on or filters in some noise from the outside world.

Sadly, the app is functional rather than an exercise in slick UI design but it does facilitate another neat feature: the Atmospheric Pressure Optimiser. Carried over from the XM2, this feature adjusts the sensitivity of the microphone and noise cancellation so it operates more effectively at different atmospheric pressures – while flying at high altitude, in other words. Does it work? The jury’s out. I haven’t yet had the chance to test it on an actual flight, unfortunately, so I can’t pass comment. It isn’t automatic, though, which is annoying. You have to activate the optimisation process manually through the app. 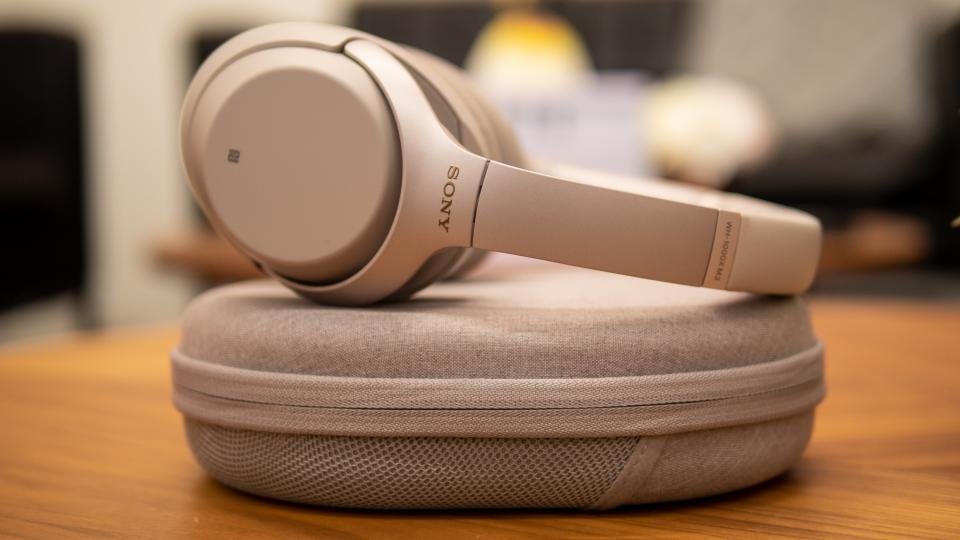 Fast charging is also on offer via USB Type-C, which tops up the XM3 from empty to full in a claimed three hours. At full charge, Sony says the headphones will provide 30 hours of playback (with noise cancelling enabled) but if you’re caught in a pinch, a ten-minute charge serves up some five hours of battery life.

As mentioned, there’s support here for Siri, the Google Assistant, plus Amazon Alexa via a firmware update at some point in January 2019. Audio codec support stretches to aptX and aptX HD alongside SBC and AAC, and Sony also makes uses of its own high-quality LDAC codec, too, which all Android smartphones with Android 8 and above support.

Finally, thanks to the use of NFC can easily pair a compatible smartphone with the headphones in no time at all. 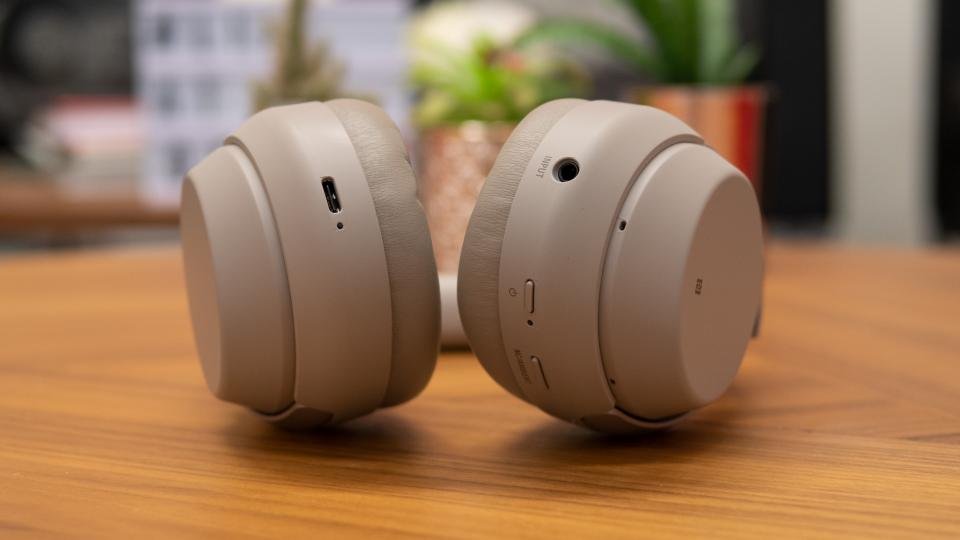 The XM2 set a high point for non-Bose noise cancellation when first released and the XM3 build upon that. At its highest setting, the WH-1000XM3’s ANC is on par with that of the Bose QuietComfort QC35 II, presenting noise cancelling at a class-leading level.

Everything from traffic noise, the hubbub of an open-plan office, and even the roar of London’s Underground is reduced to a background murmur and, at times, removed completely.

But there’s a lot more clever stuff behind the XM3's ANC than simple racket reduction. While the QC35 II offers three levels of noise cancelling, the XM3s have an adaptive sound mode, which detects what you are doing - say running or using public transport - and adjusts the noise cancelling and filtering accordingly. 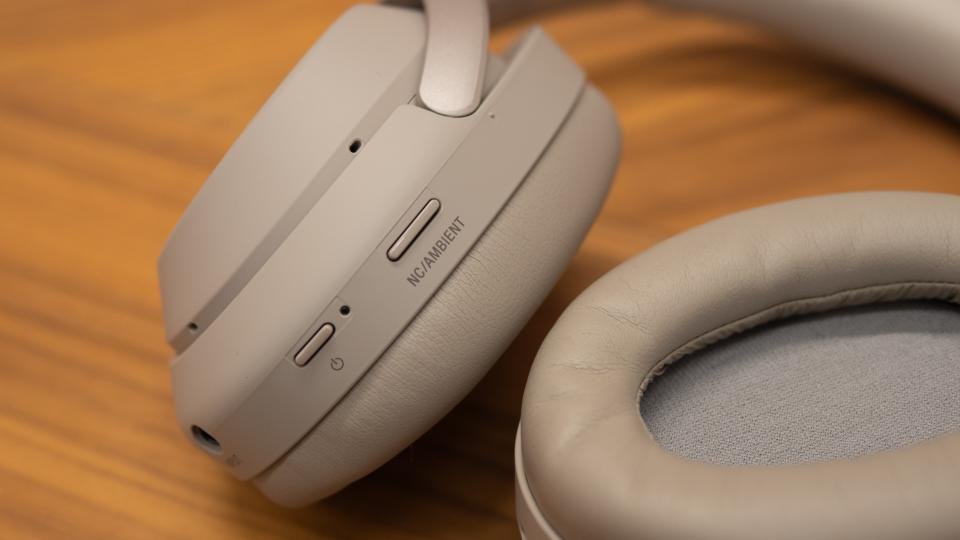 If you’re walking you can use the Headphones Connect app to pre-select 50% noise cancelling and to allow a little ambient noise through so you don’t inadvertently walk into the road in front of a speeding car. If you’re on the Tube or an aeroplane, then you can have the headphones automatically dial in full noise cancelling to cocoon you completely in noise deadening quietness. And, like the XM2, there’s a setting that lets the XM3 pick up voices while muffling other unwanted ambient noise. This works very nicely and showcases Sony’s refinement of ANC and the strength of the QN1 chip. It's also possible to enable the noise cancelling without anything playing through the headphones, which is handy if you want a mid-afternoon snooze and want to block out noisy neighbours.

While the noise cancellation impresses, sound quality is where the XM3 really come into its own; this is a pair of headphones that offers a wonderfully expansive sound. The bass is deep and impactful, the mids are as capable of capturing the smooth tones of orchestral strings and wood instruments as they are the crunch of overdriven electric guitars and the high-frequencies sparkle with clarity.

At the same time, the sound is very well balanced. The bass never overpowers the other frequencies, mids don’t get excessively warm, and treble, particularly in vocals, doesn’t wander into the realms of harshness or sibilance. 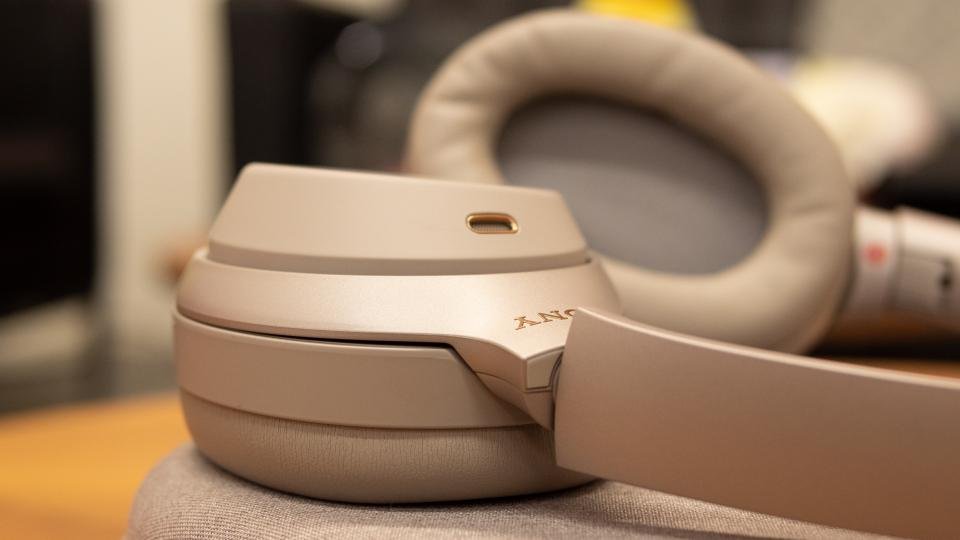 Everything from the punchy overdrive opening riff of Led Zepellin’s “Whole Lotta Love” to the energetic strings in Beethoven's Symphony Number 9 in D minor is a joy to listen to. Films, videos and podcasts also sound great with the XM3 picking out the subtleties lesser headphones might miss, such as an errant pop or crackle on a podcast.

Indeed, compared with the QuietComfort QC35 II, the XM3 delivers audio with greater dynamic expression, with punchier and deeper bass and superior treble. I found the QuietComfort QC35 II delivered slightly harsher, high notes and a more compressed overall sound. With high-octane electronic music from the likes of Justice and Daft Punk, the Sony headphones do a fantastic job at conveying the energy of the artists’ tracks while also separating out frequencies and subtle details.

While the WH-1000XM3 won’t beat audiophile-level headphones, they are pretty much the best wireless noise-cancelling headphones around, sonically speaking.

With the WH-1000XM3, Sony has gone straight to the top of the pile with a pair of premium wireless headphones that deliver excellent sound quality, leading noise cancelling and a solid feature set, all housed in a cleverly designed package.

If you already have the XM2 you’re not likely to benefit massively from stepping up to the XM3; since the differences are small, I’d recommend sticking with what you have. The same applies to owners of the Bose QuietComfort QC35 II. However, if you have £330 to spend and you want the best wireless noise-cancelling headphones money can buy, I’d recommend Sony’s WH-1000XM3 in a heartbeat; they’re simply brilliant headphones.