Multiroom heating systems are usually a little complicated to set up and control, but Drayton is aiming to make things easier with its Wiser Heat system.

It’s available in several versions, depending on whether you need to control just heating (one channel), heating and water (two channels), or two heating zones and hot water (three channels). We looked at the one-channel kit, which ships with the boiler switch, a wireless thermostat and two Radiator Thermostats. Impressively, this costs just £190, which is cheaper than some thermostat-only kits.

As with other smart heating systems, the Wiser Heat has to be wired up to your boiler. It’s a straightforward job, although as this involves mains power, you’re probably best getting an expert in. Once the boiler relay is in place, the rest of the system is configured through the app.

When you first start the app, it takes you through configuring your smart thermostat and radiator valves. Wiser Heat works by getting you to place the heating elements into rooms. Each room can contain multiple devices, such as two radiator valves.

With the starter kit, you’re best off wall-mounting the thermostat for whole-home use (say, in a hallway), and then using the individual radiator thermostats for well-used rooms where you want to control them individually, such as the living room and master bedroom. Additional thermostatic radiator valves (TRVs) can be bought for just £38, so you can expand the system until you have every radiator under control.

With an all-TRV system, the thermostat can either be decommissioned or placed into a room to act as a temperature sensor. This can be useful if you have a TRV behind furniture, which could give false readings.

Unlike other TRVs, the Wiser Radiator Thermostats don’t have a screen or advanced controls. Instead, you just twiddle the spring-loaded top towards the ‘+’ position to give you a 2˚C boost on the current temperature for one hour. The ‘–’ position lowers the temperature by 2˚C for an hour. It sounds basic, but the clever controls mean that a touch of the dial makes a cold-feeling room warmer, or a hot-feeling room cooler. 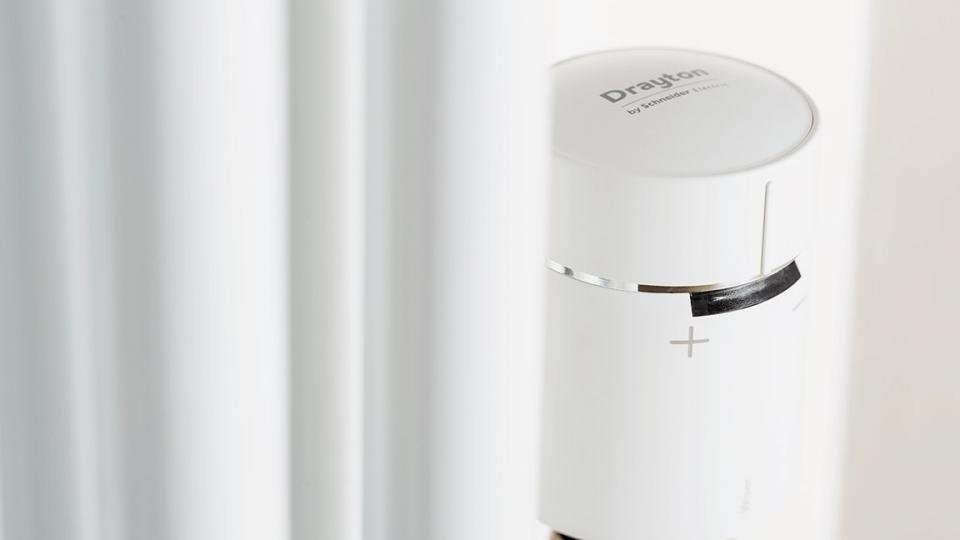 The thermostat gives you more control, as you can pick a temperature set point and choose how long you want the boost to last (30 minutes or one, two or three hours).

For more control, you can dive into the simple smartphone app, which shows you the current temperatures and settings of each room. Tapping any room lets you turn on a boost to a set temperature for 30 minutes, one hour, two hours or three hours.

Here, you can also set schedules by day for each room. That’s handy, as you can have the bedroom warm up first, before heating the kitchen up later for when you come downstairs, for example. Schedules can be copied from day to day, but not between rooms, which is a little annoying. Finally, you can override a schedule entirely, switching to manual mode to keep a constant temperature.

If you have the hot water version (from £199), you can also schedule your hot water or give a temporary boost from the app.

Using a multiroom system can save you more money than using a single thermostat, as you only heat the rooms that you need. To further cut costs, Wiser has a couple of additional modes.

First, Eco mode takes into account the external temperature and thermal properties of your home, to adjust when the boiler turns on and off. For example, in colder weather, your boiler will have to turn on earlier and run for longer to warm your house to the set temperature. It will take a few weeks for the system to learn how your home works before you are able to get the most out of it. 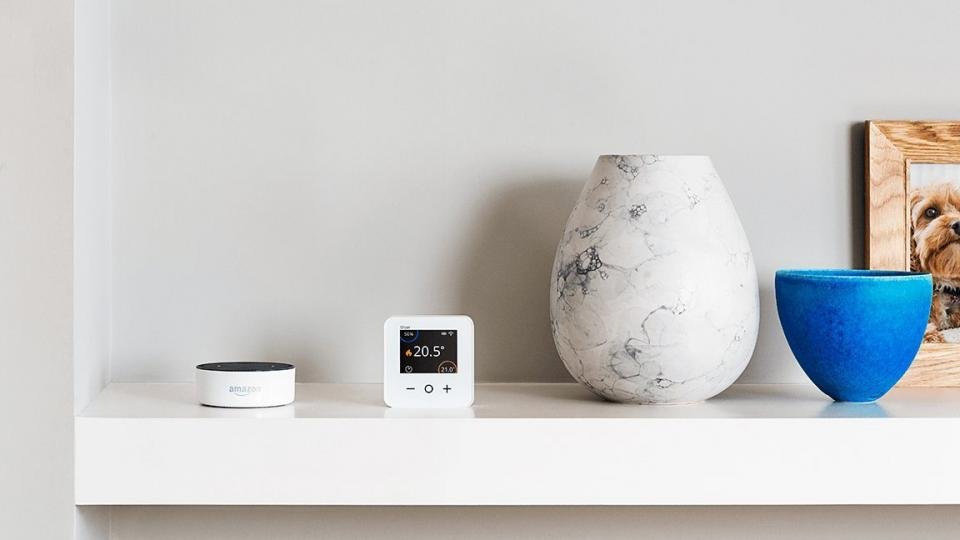 There’s also an Away mode, where your heating is set to a reduced temperature (configured by you). This mode is handy when you’re out or on holiday, but it has to be activated manually as the Wiser Heat system doesn’t support geolocation.

There’s also no IFTTT channel, so you can’t enable geolocation by yourself, or have the Wiser Heat controlled automatically. It’s a bit of a shame that there’s no IFTTT, given that all the main competition supports it.

An Alexa Skill means that you can control your heating using your voice. Alexa recognises individual rooms, so that you can adjust the heat automatically, and you can find out what the temperature in each room is, too. There’s currently no Google Home or Siri support.

Honeywell Evohome gives more flexibility, with its custom actions and IFTTT channel. Its radiator thermostats are also more fully featured, letting you set the temperature that you want from the room. If you want the most powerful and flexible multiroom heating system, then, we’d choose the Evohome.

That said, what Drayton’s system lacks in complexity and automation, it makes up for with simplicity and a lower cost. You can’t find multiroom heating for less, making Wiser Heat a recommended choice for those that want fine control on a tight budget.