The choice of robot vacuum cleaners has skyrocketed. Where once there was a small handful of models to choose from, there’s now a whole army of bots waiting to clean your floors and, best of all, as the Xiaowa Roborock E25 proves, you needn’t spend the earth to get a good one.

The Roborock E25 looks like pretty much every other robovac on the market and it does a similar job, too. Start it off cleaning and it’ll work its way around your floor, avoiding obstacles automatically as it goes and, once it has finished, it will return to its charging base (all robovacs are battery powered and need to be charged from time to time).

The Roborock adds a number of premium features, though. First on the list is Wi-Fi connectivity, which allows you to control the robot via the screen of your smartphone. Second is room scanning, which allows the bot to create an internal map of your room before it starts so it can work its way around more methodically. And third, it can also mop hard floors. 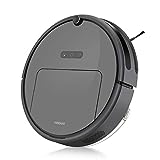 Why is room scanning so important? Essentially because it allows the Roborock to be more methodical in the way it goes about cleaning. Where bots without the feature don’t know what your room looks like and must travel around the floor to a set pattern in the hope of eventually reaching every part of the room, bots like the E25 can “see” the shape of the room and can set out a plan of attack.

It does this by employing an army of sensors, including two gyro sensors, bumper and infrared object detection sensors and a digital compass. It also has fall-detection sensors that prevent the vacuum from launching itself down the stairs but surprisingly no laser scanner, which is usually a prerequisite for room scanning.

Nonetheless, the E25’s navigational abilities appear to be highly effective. As soon as you set the Roborock off cleaning it launches itself off its charging pad and sets about cleaning the centre of the room in neat, parallel lines, progressing to the edges only once it’s reached every spot in the middle. 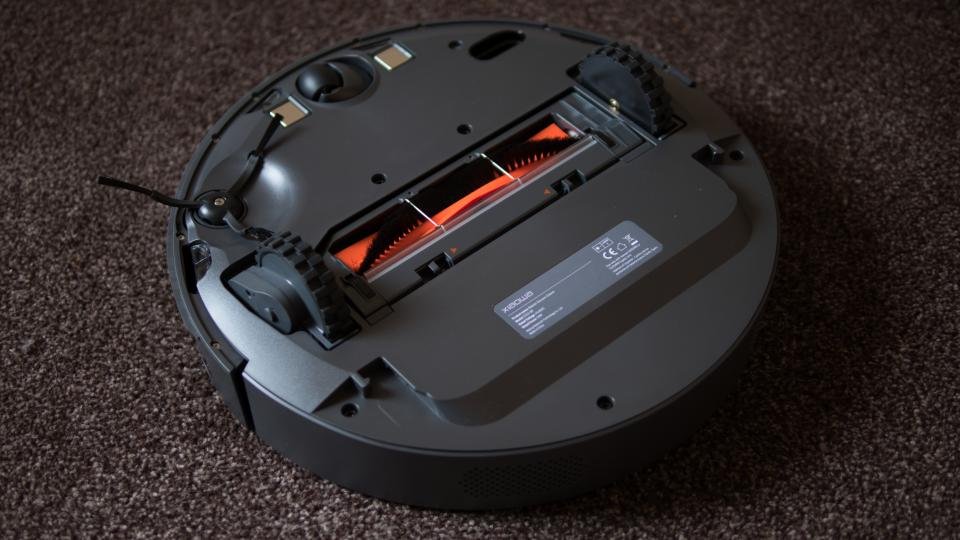 The fact that it “knows” where to go means it’s quick, too. It finished vacuuming my small 12m2 living room in around 16 minutes or less at maximum power, which is much quicker than, say, the Ecovacs N79S, which would take nearly an hour and still manage to miss part of the floor.

A side effect of the room scanning is that you can view a digital map of your room in the app after the bot has finished cleaning. While this is clever, it’s not particularly useful. You can’t draw virtual “no go” zones on it like you can with the Neato D7 Connected.

This would be useful since my Poang Ikea armchair with its flat-to-the-floor wooden legs would often, but not always, cause the E25 to get stuck.

More handy than the map is the fact that the app alerts you when the robovac gets stuck, which is not too often, fortunately, and gives you remote control over the vacuum cleaner so you can “drive” it to a particular part of your floor and set it to spot clean mode so you don’t have to wait for it to clean the whole room. 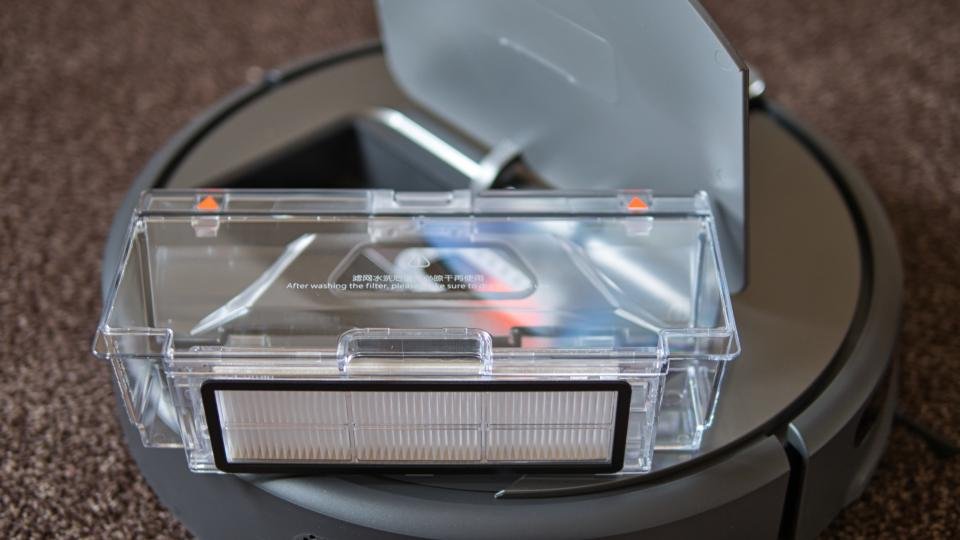 The Roborock’s talents don’t end at room scanning, however. It can also mop hard floors using a special attachment that takes the form of a flat tank with a cloth pad attached via Velcro. Fill the tank up with water and detergent, clip it to the bottom of the Roborock and it will make its way around your floor, dragging the mop attachment behind it.

This is reasonably effective but you have to wash the cleaning pad frequently and don’t expect it to shift stubborn dirt. Don’t throw out your Vileda just yet.

Fortunately, vacuuming performance on carpets and hard floors is far more effective. Suction power is rated at 1,800Pa (Pascals, the SI unit of pressure) in MAX mode which is much higher than the Eufy 30S’ highest suction power mode and cleaning is effective as a result, with the E25 picking up even larger particles such as crisp fragments and bits of paper as well as hair and fine dust.

There are four power modes to choose from – Silent, Standard, Strong and MAX – which are useful if you want to run the vacuum cleaner overnight but they do reduce suction and, thus, cleaning effectiveness. There’s also a mode that will automatically detect carpet and boost suction power accordingly but this, and indeed the rest of the special cleaning modes, can only be accessed via the app.

The only physical controls on the robot itself are a spot-cleaning button and a power button that doubles as a start/pause button. There’s also no physical remote control in the box, which is a mild disappointment, but the app is at least effective and easy to use.

What the Roborock E25 doesn’t have is a particularly large dustbin. Accessed from a hinged plate on the top of the cleaner, it’s 0.64l in capacity and needs to be emptied frequently. There’s no sensor to tell you it's full either, although the app will tell you when to replace the vacuum’s washable HEPA filter, corner brush and main roller brush so there’s no guesswork involved.

In general, I’ve been impressed by what the Roborock E25 offers for the money. The way it scans, maps out and then makes its way around a floor space is about as good as it gets for a robovac costing less than £300 and it’s both easy to use and effective at cleaning as well.

For my money, in fact, if even outdoes the superb Eufy 30C for effectiveness, features and value for money in our opinion it is the best budget robot vacuum cleaner available today.