The BNX-100 are, like their predecessor, a set of wireless over-the-ear active noise-cancelling (ANC) headphones. They look a lot classier than the BNX-60 though, and Lindy says it has tweaked the sound quality and improved the ANC performance.

They also have one innovation that we particularly like: a set of sensors that detect when you’ve taken your headphones off and automatically pause your music, resuming seamlessly when you pop them back on. 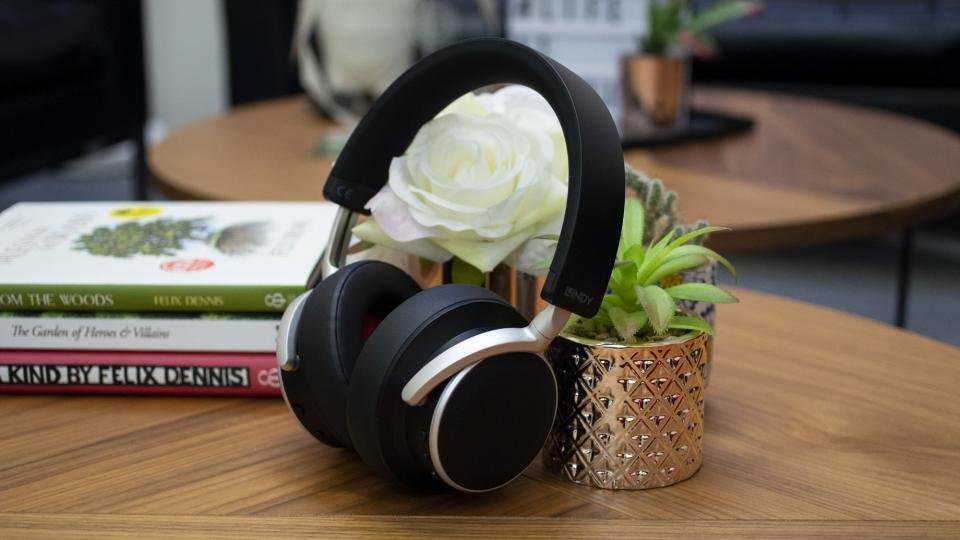 The BNX-100 have a clean and rather elegant design. The textured leatherette on the exterior of the drivers’ housing calls to mind the premium look of Sony’s (now discontinued) MDR-1000X headphones – but it’s tougher and much less prone to scratching.

There are plenty of other upmarket touches too. The metal headband is sturdy, the inner red lining is elegant, the tough plastic casing and driver construction feel like they’re built to last, and even the included carrying case has a touch of class, with a soft spandex-like material underneath and a leatherette top finish. In all it’s a much more alluring bit of design and manufacture than the BNX-60. 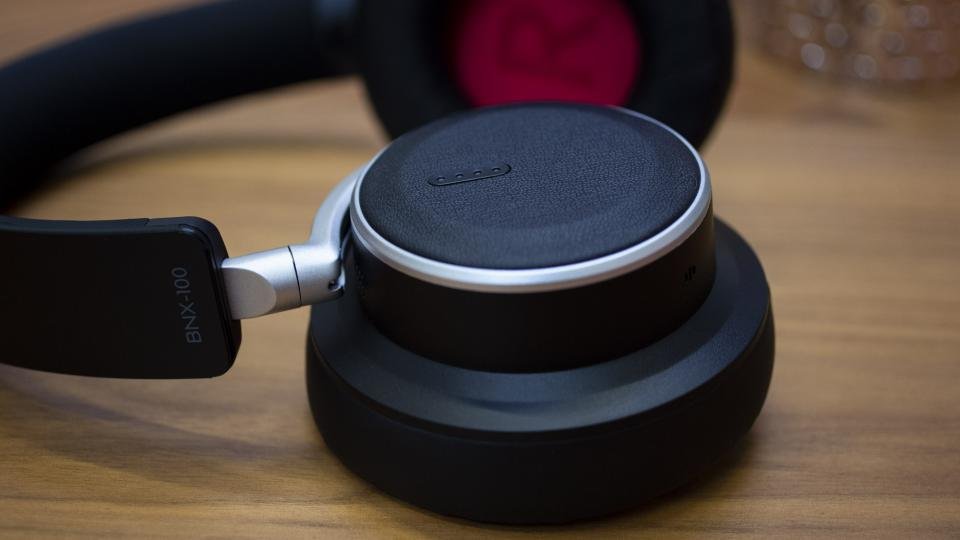 I have just a few complaints. While the circular cups look stylish, they don’t fit my ears as snugly as the oval-shaped pads of the BNX-60 – though, of course, your mileage may vary. They’ve also got a strong clamp force, which I found made them rather uncomfortable for long commutes, especially while wearing glasses. I couldn’t say the same about the BNX-60 which can be worn for hours on end. Aside from that, while the drivers still swivel, it’s disappointing that the headphones don’t fold; many cheaper alternatives are easier to tuck away in a rucksack. 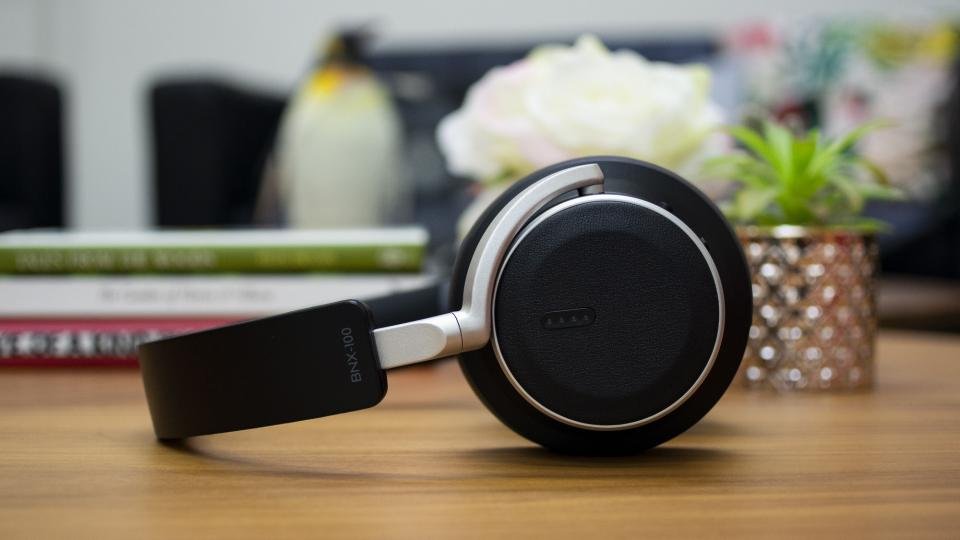 While the design makes a virtue of plainness, three discreet buttons on the right cup provide media controls, with the centre button powering the headphones on or off and also serving as a means to answer calls. There’s also a 3.5mm auxiliary input, and using a wired connection automatically disables Bluetooth, thoughtfully conserving your battery.

On the left cup, meanwhile, reside a microUSB charging port, a switch for turning ANC on and off and an audio pass-through button. This instantly reduces the volume of your music to 10%, so you can quickly tune into your surroundings – though note that it only works when ANC is switched on. 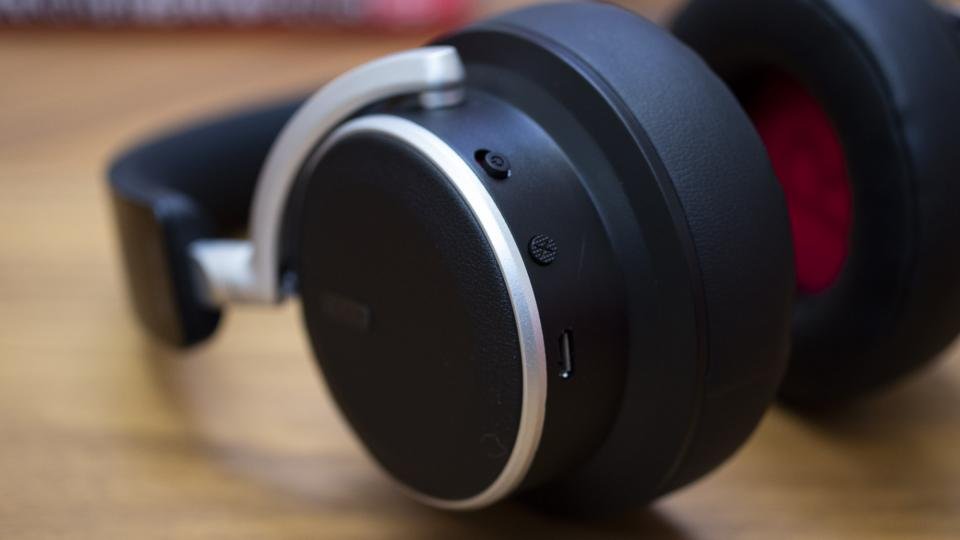 The final clever feature is one you can’t actually see at all: a set of internal sensors enable the BNX-100 to automatically pause playback when they’re taken off your head, and instantaneously resume it when they’re back on. This only works over Bluetooth, but it’s supremely convenient, and a particularly nice addition to such an affordable pair of headphones.

Battery life, naturally, depends on which features you’re using. If you’re listening over a wired connection with ANC enabled you can expect around 30 hours of use between charges, while using ANC over Bluetooth will give you closer to 12 hours. Four blue LEDs on the exterior part of the left cup give an indication of remaining battery life, so you can see at a glance when a top-up is in order. It’s just a pity that the illumination can’t be disabled – and that goes for the power LED on the right cup, too.

Once it’s time to recharge, the headphones take around two hours to fully refuel. There’s no fast-charging option, and slightly annoyingly they can’t be used while they’re on charge, either.

When paired with a compatible sound source the BNX-100 support aptX, a compression system that delivers higher-quality audio over Bluetooth than the more common AAC and SBC codecs. This helps them shine throughout the frequency range, and gives them a fun sound signature, which is reminiscent of the BNX-60 but with a more aggressive approach and clearer mids. Lindy has also tweaked the highs, with the BNX-100 extending slightly further than its cheaper counterpart. 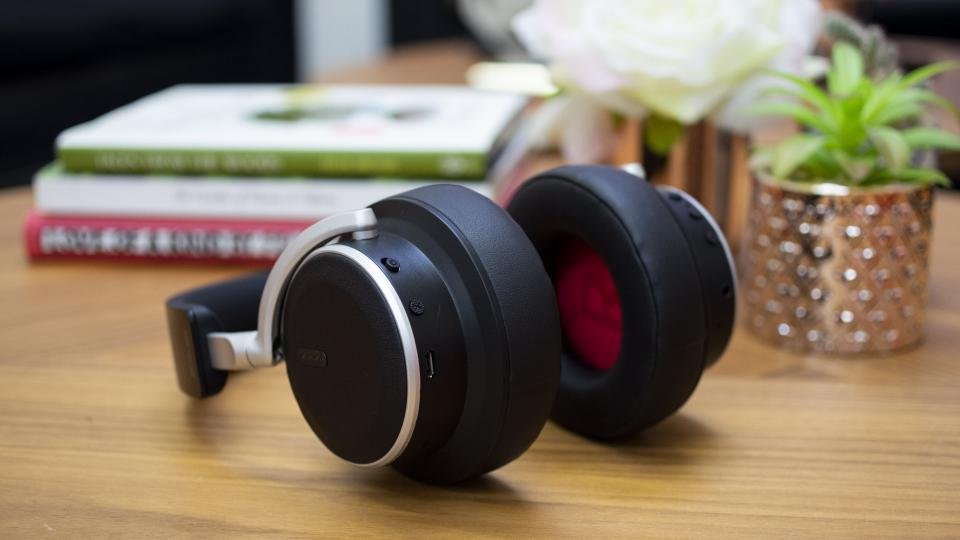 The difference between the two is noticeable, for example, in Rihanna’s “Needed Me (R3hab Remix)” . On the BNX-60, the vocal sounds a little restrained and a touch crowded by the instrumentation. The BNX-100 sound a tad airier, and also give a punchier, faster-paced delivery overall.

Instrument separation is good too, and the BNX-100 manage to deliver a wider sound, creating an engaging listening experience. In Santana’s fantastic instrument medley “Africa Bamba” the cymbals and guitar strums sound more defined, while the bass guitar and drums have a stronger presence. 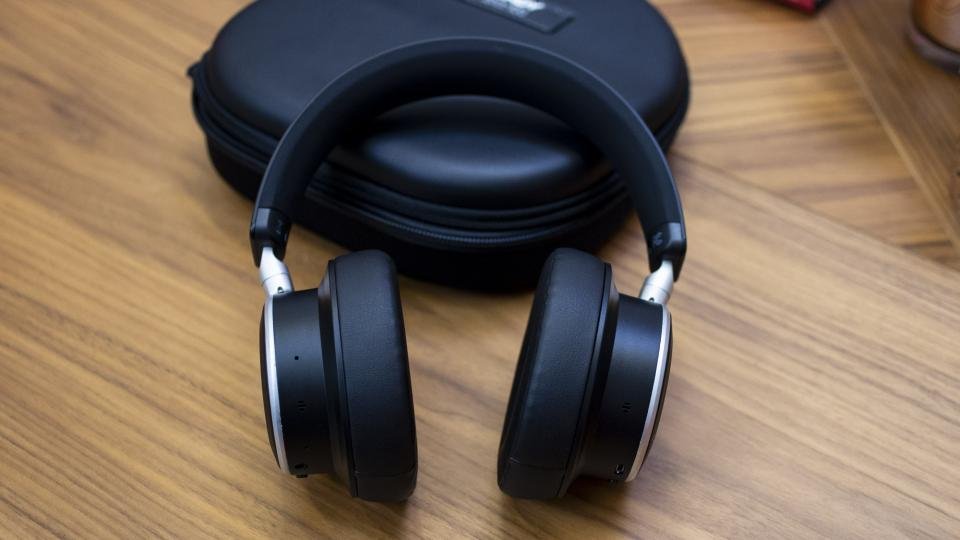 My minor criticisms here are that the BNX-100, much like the BNX-60, give a slightly uncontrolled mid-bass performance – and the sub-bass doesn’t extend quite as fully as I’d like in the sub-30Hz region.

In addition to a souped-up sound, the BNX-100 also feature improved ANC. Even though the cups didn’t fit my ears as well as those on the BNX-60, I found the newer model did a slightly better job of cancelling high frequencies. Neither model will silence all external sound – certainly not to the extent that Sony’s or Bose’s flagship models manage – but overall they did an impressive job of blocking out ambient noise without noticeably interfering with the music. You won’t do better at this price point. 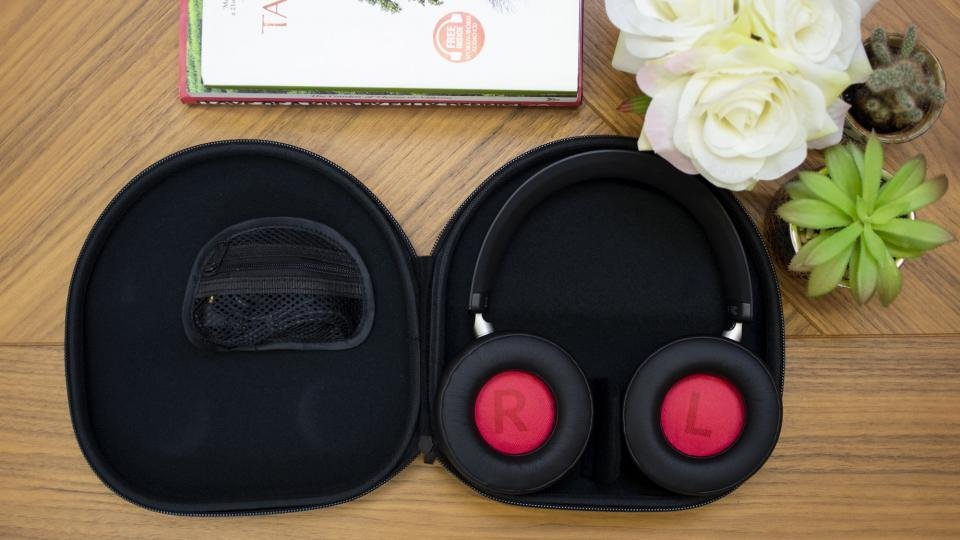 The BNX-100 improve on the BNX-60 in nearly every way. Of course, that’s what you’d hope for twice the price. But a £37 premium isn’t hard to swallow, and you’re getting a far more stylish design, a more refined sound, better ANC – and that handy auto-pause feature.

We’d really have liked to see foldaway drivers, and a bit more attention to ergonomics and comfort when it comes to the design and clamp force of the ear cups. But if you’re looking for something that’s a step up from the popular BNX-60, the Lindy BNX-100 are an attractive, well featured with great sound.

See more of our Headphone Reviews

More in this category: « Beoplay H4 UK Review: Not cheap, but you can hear what you pay for TicPods 2 Pro UK Review: They are getting smarter »
back to top

The iPad Pro is slowly but surely becoming the laptop alternative that Apple has always wanted it to be.

The Sony WH-1000XM4 take everything the previous model did so well and improved the all round capabilities even more. ...

Manual espresso machines generally give the best results, but they also require the most effort. At the other end of the...

The new model Galaxy Watch has a slimmer, more lightweight design than its admittedly rather chunky predecessor, along w...