It’s been two years since the release of Ultimate Ears’ fully waterproof speaker, the Wonderboom. It became a fan-favourite for its fun sound signature, affordability and its ability to float in water.

Following on from its success, the American manufacturer is back with a refresh: the Wonderboom 2.

The Wonderboom 2 is similar to its predecessor in many ways. It’s a baseball-sized Bluetooth speaker that's not only waterproof but also floats if you drop it in water. It comes in a selection of similarly vibrant colours, too.

However, there are a few changes: the speaker has a new mode that boosts mid-to-high frequencies for outdoor listening, it now lasts 13 hours on a single charge, up from ten hours last time out, and it can now be paired with another Wonderboom 2 speaker to offer stereo audio. 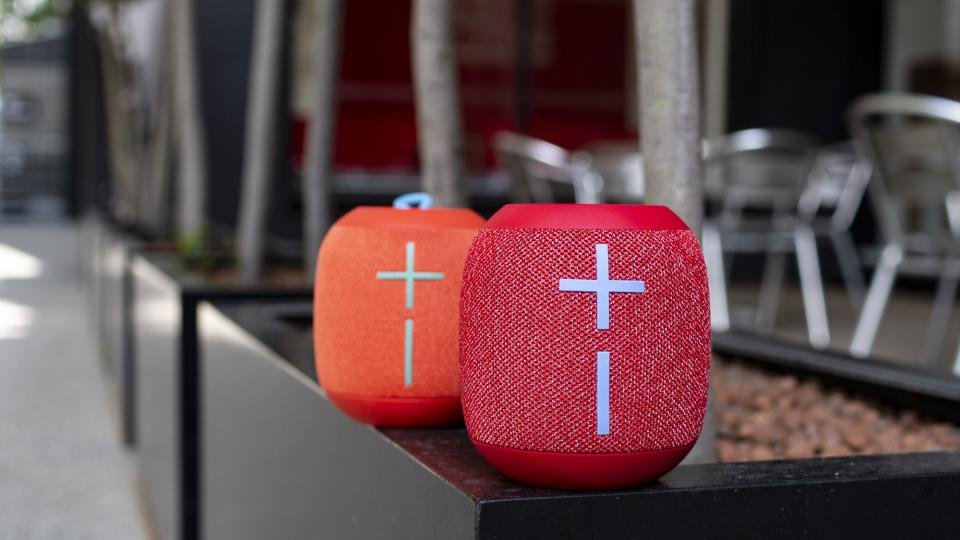 Despite the similar look overall, there are a few subtle differences in the Wonderboom 2’s design compared with the original. It’s 3mm taller and 5g lighter at 425g and, on the rubberised top plate, a circular, multi-functional button replaces the UE logo. At the top, you’ll also find a redesigned hanging loop that makes it easier to stick a finger through.

Ultimate Ears has retained the woven fabric that wraps the speaker, but this year’s model has a two-tone finish reminiscent of the UE Boom 3. The speaker is available in Deep “Space Black”, “Crushed Ice” (grey), “Radical Red”, “Bermuda Blue” and will come later this year in “Just Peach”.

Underneath the speaker, there’s a small illuminated button used for enabling the outdoor mode, and a rubber flap covering a single micro-USB charging port. It’s a shame UE hasn’t moved to USB Type-C charging with the second-generation Wonderboom and it means charging times are quite slow – this speaker takes nearly three hours to fully charge from empty. At least battery life is good, though: you’ll get 13 hours of playback with the speaker fully charged, a notable improvement over the ten-hour stamina of its predecessor. 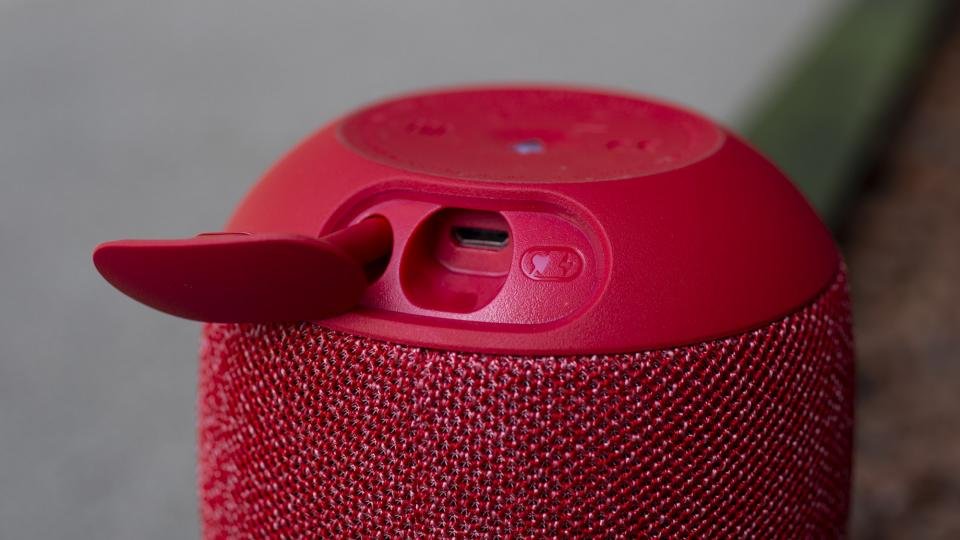 As with the original, the Wonderboom 2 can be submerged in up to a metre of water for up to 30 minutes but one-ups its predecessor by adding dust ingress protection certification and is now IP67-certified instead of merely IPX7-certified. It also floats, which is a neat trick that you probably won’t use very often. 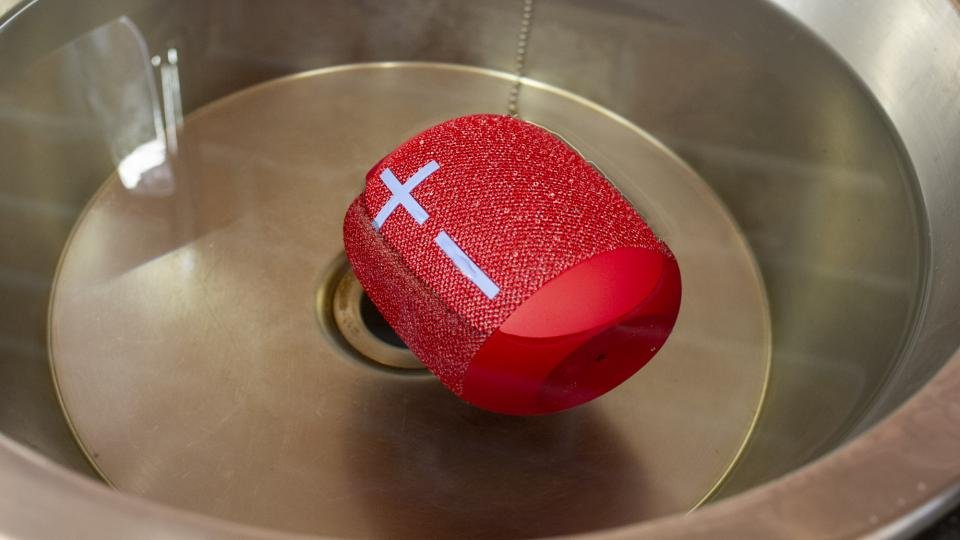 As for connectivity, the Wonderboom 2 works solely over Bluetooth. As with the original, there’s no 3.5mm auxiliary jack and it also disappoints by not including support for advanced Bluetooth codecs such as aptX, aptX HD or AAC. You’re limited to the lowest quality SBC codec.

It does, however, have a trick up its sleeve. When paired with another Wonderboom 2, it can play audio in stereo, splitting left and right channels. The original also works in a pair but can only output in mono. 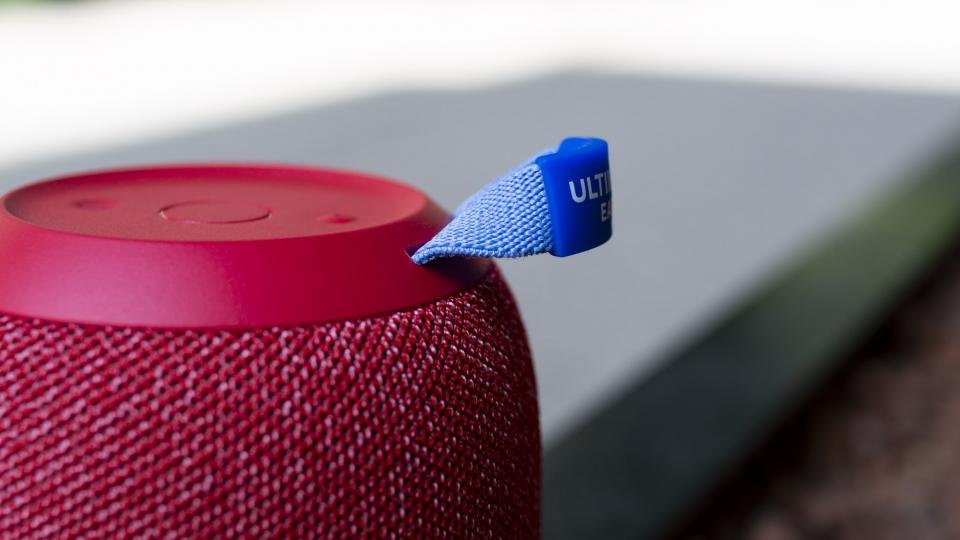 One of the Wonderboom 2’s more interesting features is its outdoor mode, activated using that illuminated button on the bottom. While this sacrifices bass response, it emphasises the mid-to-high frequencies, making the Wonderboom 2 easier to hear outdoors. In this mode, vocals in Funkerman’s “Speed Up (Kvant Remix)” appear noticeably louder and can be heard from further afield. 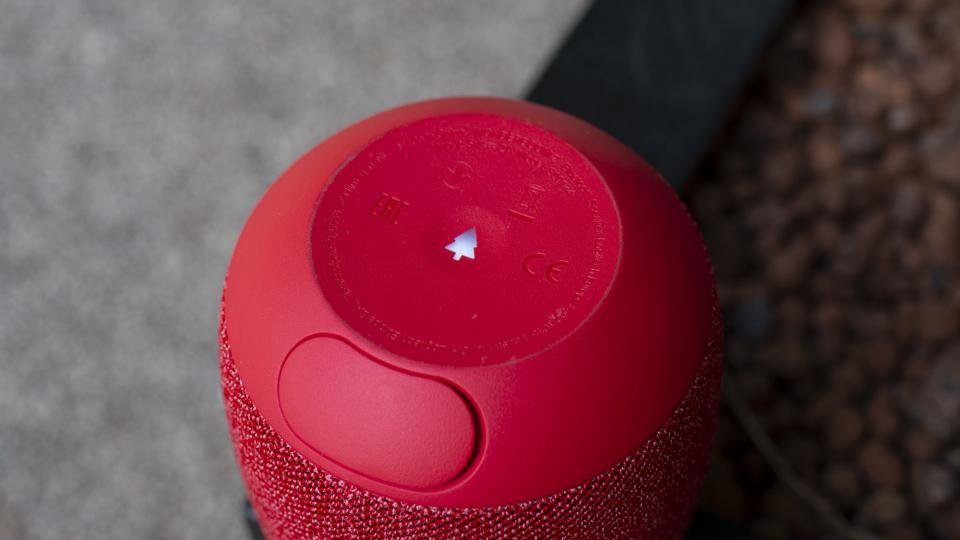 Turn the mode off, move indoors and you’ll find the speaker delivers a fun, well-rounded sound that’s similar to its predecessor. The Wonderboom 2 delivers full-bodied, 360-degree audio, thumping bass and an clear, detailed mid-range that bely its small size.

However, there are a few subtle differences. Where the original Wonderboom prioritises thumping mid-bass in The Dream’s “I Luv Your Girl”, the newer model produces a cleaner lower mid-range. For me, the older model is a touch more exciting. Neither truly match the mid-range clarity of the Ultimate Ears Boom 3, however. The latter is IP67-certified, floats and yet provides a more expansive audio reproduction at the expense of being a bigger speaker.

Ultimately, the differences between the new Wonderboom 2 and the original are small. Instead, Ultimate Ears has set out improve things iteratively and, in principle, it has achieved exactly that. The new outdoor mode, added dust protection, stereo functionality, and longer battery life all make what was already a great speaker even better.

The concern, however, is the price tag of £89. For this sort of money, you could add £5 and buy two original Wonderboom speakers, get the better-sounding Boom 3 for £95. I’m sure the price of the new model will fall eventually but, for now, you’re better off with any of those other speakers instead.