Google didn’t spend much time bigging up the new Google Nest Mini when it launched alongside the Pixel 4, 4XL and the Pixelbook Go.

It doesn’t look all that different from the Home Mini and it doesn’t even introduce the one big missing feature.

Google insists, however, that this new speaker is more than just a name change and a light spring clean. It says, in fact, that its latest smart speaker has been redesigned internally “from the ground up” to deliver better sound quality, more sensitive voice recognition and faster Google Assistant responses.

To all intents and purposes, however, the Nest Mini does precisely the same job as the Home Mini. It’s Google’s rival to the Amazon Echo Dot and, just like that Alexa-enabled speaker, it can answer all sorts of questions and queries. 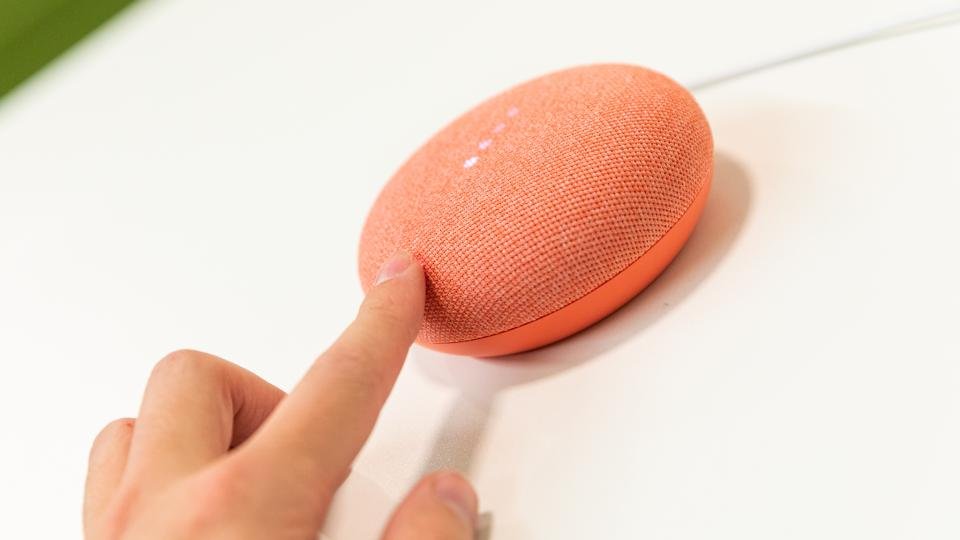 You can ask it about anything you like, from the weather, facts and figures or the news. You can ask it to tell you a joke if want, or play music. And you can use the Nest Mini to control smart devices, too, from lightbulbs to thermostats. It’s an amazing little speaker with almost magical powers.

It’s important to note, though, that the Google Nest Mini isn’t a Bluetooth speaker – you have to connect to it the internet via your home Wi-Fi – and it doesn’t have a battery. If you’re looking for a speaker to carry around the house with you or listen to in the garden, this is not it.

In the low-cost smart speaker sector, however, the new Nest Mini doesn’t have a huge amount of competition. You have the third-generation Amazon Echo Dot, usually priced at £50 (but often discounted), the Echo Dot with Clock costing bit more, which has a digital clock on the side, and that’s about it.

If you have a bit more to spend, you might also consider the third-generation Amazon Echo, which is normally £90 or the Amazon Echo Show 5, which adds a tiny screen for £80, or the original Google Home for £89. That’s getting rather long in the tooth now, however, and is overdue a replacement.

That’s about it as far as smart speakers below £100 go. There are other, third-party speakers you can buy, such as the Sonos One, which support both Alexa and Google Assistant but, although these do have better sound quality, even though they tend to be more expensive, costing £180 and up.

As I’ve said above, this Nest Mini is physically identical to the Home Mini, so much so that you’d find it impossible to tell the two apart if they were sat on the table in front of you. There is a new colour – a light-blue “Sky” – but other than that the physicals haven’t changed.

Both are clad in coloured, textured fabric, now manufactured from recycled plastic bottles. Each has a chunky microphone privacy switch on the side and neither has a 3.5mm output. That’s right, Google STILL hasn’t added a 3.5mm jack to its new Nest Mini, even though this sets the speaker at a distinct disadvantage to the Echo Dot. No matter how much smarter it is, and Google's smart speakers remain cleverer than Amazon's, it means you can never use the Nest Mini to add voice control to an older, better quality Hi-Fi system or speaker.

Still, there is plenty of new stuff here, although most of it is somewhat hidden away. The first is the most obvious: in addition to the four LEDs that live under the fabric and illuminate when you touch the speaker or speak to it, the Nest Mini has a new pair of LED, one on each side of the speaker, that light up to show where you touch it to adjust the volume. That’s a handy change but not a particularly revolutionary one. 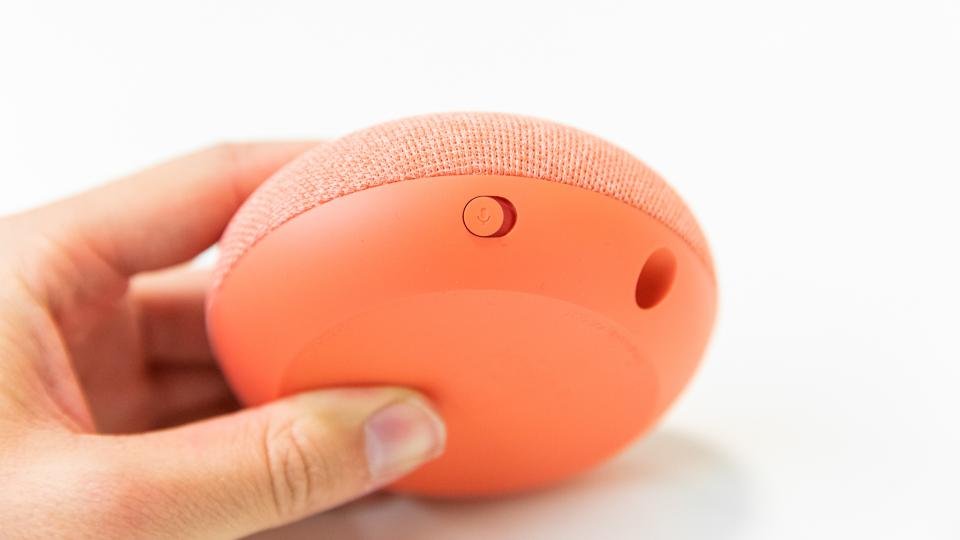 Inside, the new features are a little more major and the first concerns sound quality. Although the speaker driver itself is the same, the amplification behind it has been upgraded, delivering more bass and stronger audio output than before. That’s welcome, especially since the Echo Dot 3rd-generation’s sound quality was so far in front of it.

Don’t expect miracles, though. Although the Nest Mini does indeed sound better than the original – it’s more forceful and full-sounding – it still can’t match the more balanced output of Amazon’s third-generation Echo, which still has the upper hand here. It produces music with more body, slightly better balance and determinedly more in the lower registers.

There are other new capabilities in addition to the LEDs and boosted sound quality, however, and these begin with an improvement in voice recognition performance. This is, in part, powered by an extra, third microphone, which helps cut through extraneous noise better than the original Home Mini’s dual microphones. There’s also, however, a new dedicated machine learning chip inside the Google Nest Home Mini. This speeds up responses a touch, moving some core recognition tasks out of the cloud and within the speaker itself. 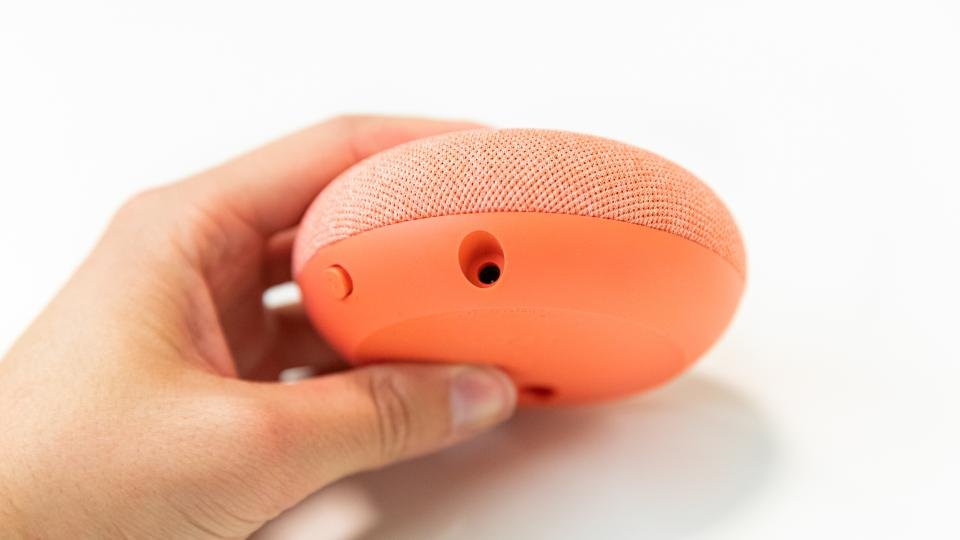 The result is a more natural feeling experience that feels a touch more conversational. We’re not talking a massive change, here, but it does move things on for the smart speaker.

One of the most irritating things about smart speakers for me, whether Amazon- or Google-branded, has long been that momentary pause after uttering the wake phrase before you can be sure you can ask the rest of your question without being cut off with an “I’m sorry, I don’t know that” response. This reduces the feeling that you’re talking to a machine.

Oh, and one last thing. If you flip the speaker over you’ll see one final improvement: a small screw hole that allows the Google Nest Mini to be wall-mounted. Shut the front door.

The new Nest Mini is a welcome upgrade then and an interesting one, too. The extra silicon inside will likely mean it’s better equipped for future Google Assistant upgrades and it now sounds better, detects your voice more reliably and with greater alacrity than before. Let’s face it, though – this still doesn’t make it the most exciting of upgrades.

A couple of new LEDs, the ability to wall-mount the thing and a new colour are not going to make someone desperately want a Nest Mini if they hadn’t wanted one previously. And there’s not much here to persuade Alexa converts to switch, either. Still, at least Google hasn’t put the price up: the Google Nest Mini will be available from 22nd October at £49 – the same as before for a speaker that’s only marginally better.

More in this category: « JBL LSR305P MkII UK Review: Brilliant speakers for the money at around £130 Amazon Echo Studio UK Review of the Apple HomePod rival »