Just like that, the mirrorless camera market has gone from being popular to ruling the waves in a very short time.

No sooner had Nikon thrown its hat into the ring with its superb Z6 and Z7 than Canon joined the fray, announcing the EOS R, a mirrorless, full-frame camera that might just sound the death knell for its consumer-grade full-framer, the EOS 6D MKII.

Apart from its luxuriously dimensioned sensor, the EOS R offers – on paper – plenty for keen photographers. Top-notch image quality, of course, but also a high-end autofocus system, a fast burst mode and a more-than-capable 4K video mode – including a few video features that might even make the pros sit up and listen. 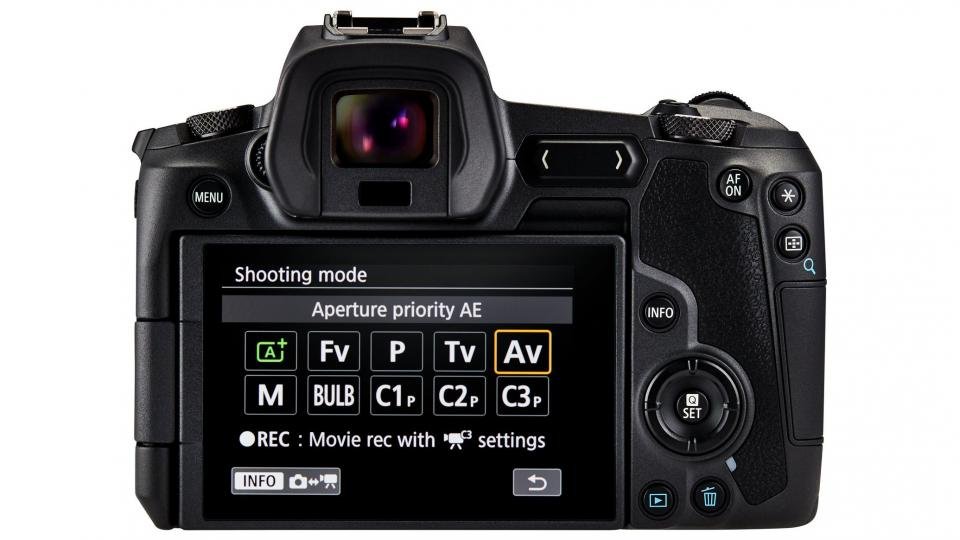 It’s no surprise to see a touchscreen and we’re pleased to report that the vari-angle, 3.15in display is a particularly good example of its type. Bright, colourful and responsive, we found it easily visible in bright sunlight, although dyed-in-the-wool photographers will prefer the viewfinder.

This might be the best in its class. The viewfinder is a 0.5in number with 3.69 million pixels. It feels incredibly fine-grained and detailed, making it easy to gauge if your subject is sharp. It’s fast, too, which makes shooting fast-moving scenes a breeze. Shoot in the camera’s top-speed continuous mode of 8fps and the image freezes with every frame, but it’s more or less the only minor compromise you make for having an electronic, rather than a bulkier optical, viewfinder. 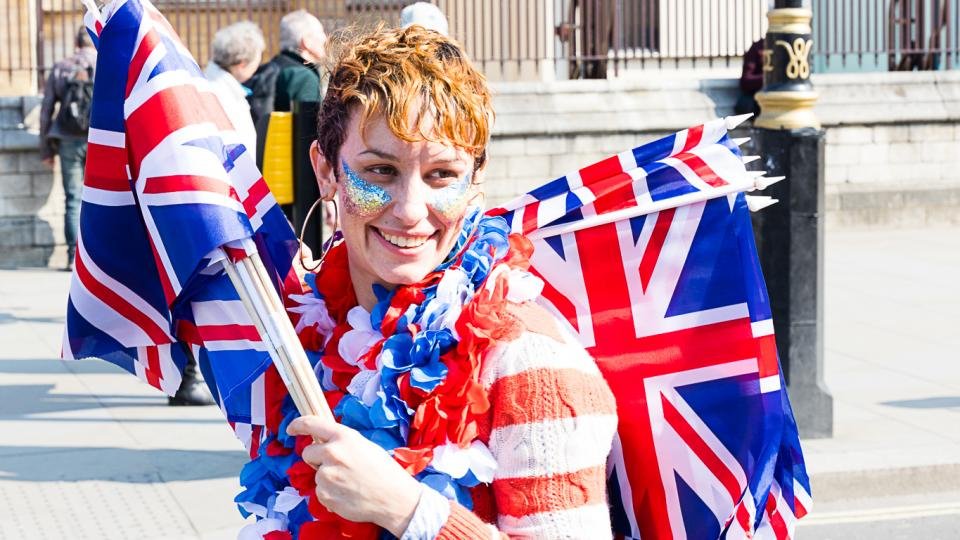 The rear-facing touchscreen is joined by a top-mounted black-and-white LCD, which is used to show your current settings. Usefully, this includes a lamp. The screen is a very useful inclusion, not least for those who prefer to use manual modes, as it means that bright, detailed touchscreen can be turned off.

A next-generation camera brings with it next-generation controls: alongside the touchscreen, there’s an innovative touch bar on the rear. This can be used in a few different ways – a poke of the extremes of the bar equals a button-press, while swiping your finger in one direction or the other makes it analogous to being a rear-mounted control dial.

In truth, we didn’t like it much. There’s no feedback, so you can’t tell if your input has been registered and – for the same reason – you can’t tell how many “clicks” you have offered if you’re swiping at the touch bar rather than poking it. Finally, it’s touch-sensitive – duh – but that means you’ll want to use the safety lock to stop it accepting accidental inputs. That means pressing the left end of the touch bar for a second to wake it up, which is hardly any good if you want to make a lightning-quick adjustment.

The more traditional controls work well. Knurled control dials for your index finger and thumb provide control over aperture, shutter or exposure compensation and are easily reached. Things are – in comparison to pro cameras – just a touch fiddly. The rear buttons – including the oft-reached-for AF-ON, exposure lock and focus area buttons – are shaped to allow them to follow the curved lines of the EOS R’s body. That makes them aesthetically pleasing, but a little difficult to hit accurately when your eye is pressed to the viewfinder. 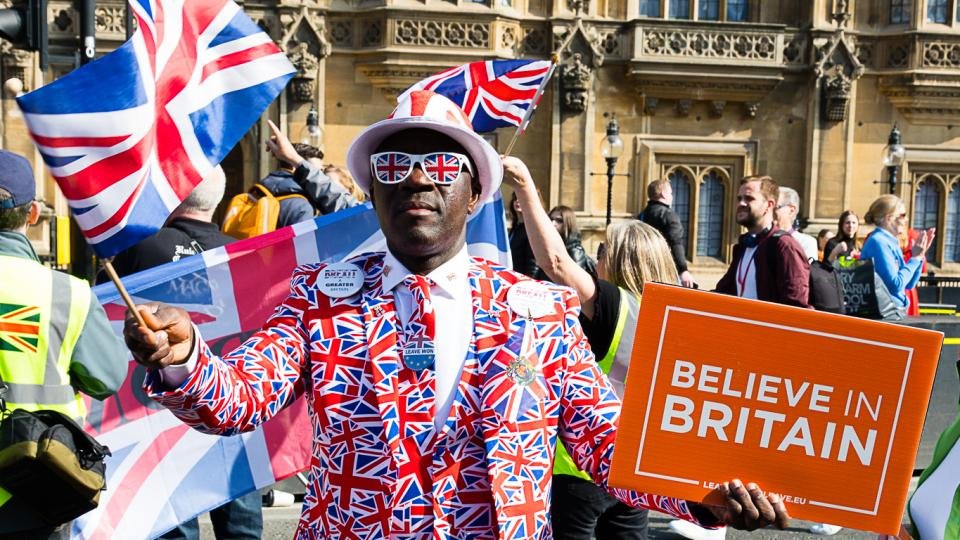 Other controls – such as changing the burst or self-timer modes, adjusting white balance or changing the metering mode – don’t get dedicated buttons and must be accessed via the onscreen Quick Menu.

The traditional bugbear of mirrorless cameras – battery life – emerges from its cocoon again. It’s rated at just 300 shots, although you will almost certainly see more than this. We shot 600 still frames in an afternoon without the battery exhausting itself, although the LCD indicator suggested we had just a quarter of the charge remaining. If you want to shoot over multiple days without charging, a spare battery is a no-brainer. A battery grip (£329) is also available. 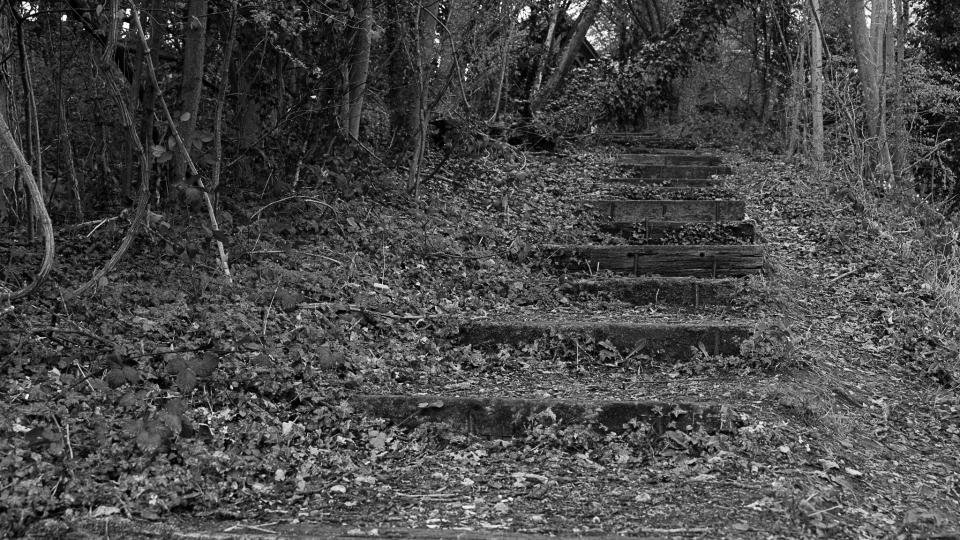 All of the usual wireless modes are in evidence and worked as advertised, although the efficacy of the 802.11 wireless connection between the camera and our test phone bears drawing attention to – the lag between the phone’s preview and the scene itself was particularly short.

The new mirrorless form factor brings with it a new lens mount, the RF-mount. There’s also a new series of lenses and, of course, a mount adapter for Canon photographers who already have EF and EF-S lenses. EF-S lenses are designed for Canon’s APS-C cameras such as the EOS 7D MKII – attach one of these lenses and the EOS R will detect it and automatically produce a cropped image appropriate to an EF-S lens’ image circle.

Still, a new lens mount is a great excuse to pick up some posh new glass and Canon has released a few R-mount lenses, with plans for more in the offing. Our review camera came with the RF-mount 24-105mm f/4, a clone of Canon’s entry-level pro lens. Gorgeously sharp and rocking an image stabiliser capable of five stops of stabilisation, it’s a great everyday lens to start with. Like every other R-mount lens, it has a control ring at the front, allowing photographers to – by default – adjust the lens’ aperture without reaching for a rear or top-mounted control. As the control ring is fly-by-wire, as opposed to being mechanically linked to the aperture itself, it can be repurposed. The EOS R already has front and rear dials – the latter being already linked to aperture control – so repurposing the control ring to, say, ISO or exposure compensation may make sense.

Other RF-mount options include a faster 24-70mm f/2 and a 35mm f/1.8 capable of focusing as closely as 17cm from the camera’s focal plane for macro photography. There’s also an ultrafast 50mm f/1.2, and a brace of lenses planned, including a 70-200mm f/2.8 and a travel-friendly 10x zoom, the 24-240mm f/4-6.3. Unlike some mirrorless cameras, the EOS R doesn’t have in-body stabilisation, meaning unstabilised lenses remain exactly that. 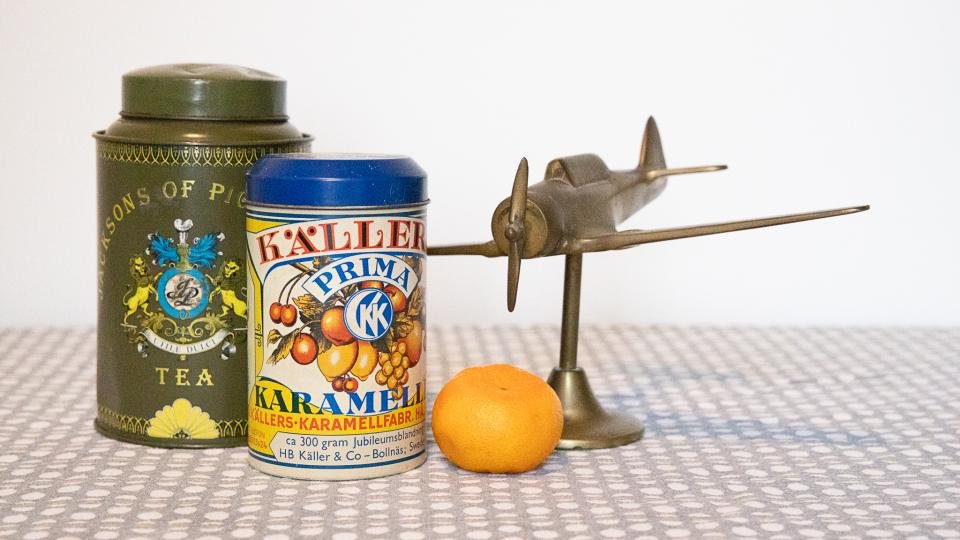 It’s tempting to assume that image quality from the EOS R will be top-notch, given Canon’s admirable track record when it comes to producing full-frame cameras for both the professional and consumer markets. Happily for Canon, full-frame shooters will be unable to distinguish between the EOS R and any of Canon’s other full-frame cameras. Images are crisp and detailed, thanks in no small part to the excellent optics of the 24-104mm f/4 lens. ISO performance is excellent, as you’d hope from the wide-spaced pixel sites. There’s little meaningful distinction to be made between ISOs 100 and 800, and even at ISO 3200 noise is kept well and truly under control. 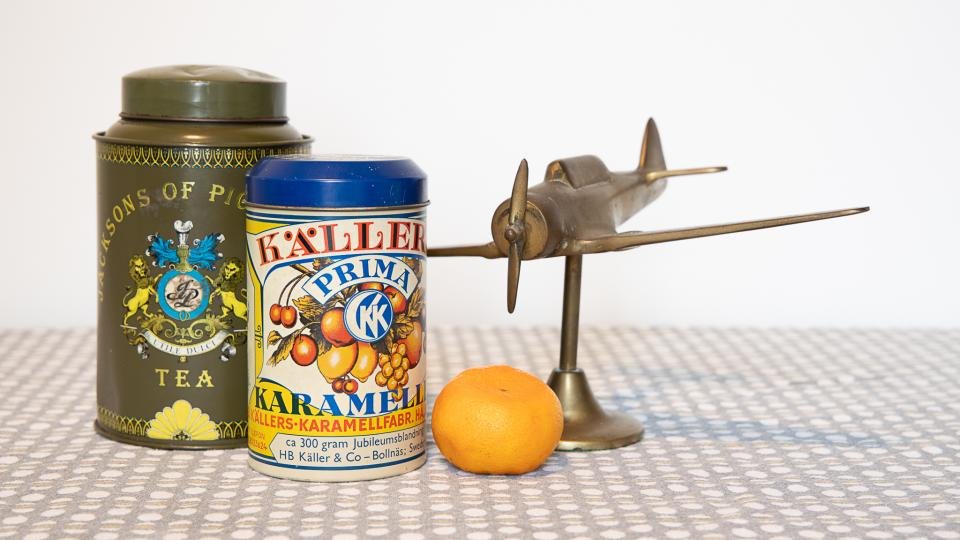 Push far beyond that and you’ll start to see plenty of speckling, but to our eyes we preferred the EOS R’s noise performance at very high ISOs to the Nikon Z7’s. At ISO 25,600, for example, the EOS R’s grain was relatively small random noise. On the Z7, noise took on a chunkier, more colourful profile that might prove harder to ignore. Suffice to say, give it the right lens and we’d be more than happy carrying the EOS R into just about any low-light situation.

Autofocus is excellent – with a single AF point selected, we hardly missed. The EOS R also packs a very useful trick for those who want to use individual autofocus points rather than letting the camera decide for itself. Select the relevant menu option and the right side of the touchscreen effectively becomes a joystick, allowing you to drag your autofocus point around the viewfinder without taking your eye away. It works fantastically. 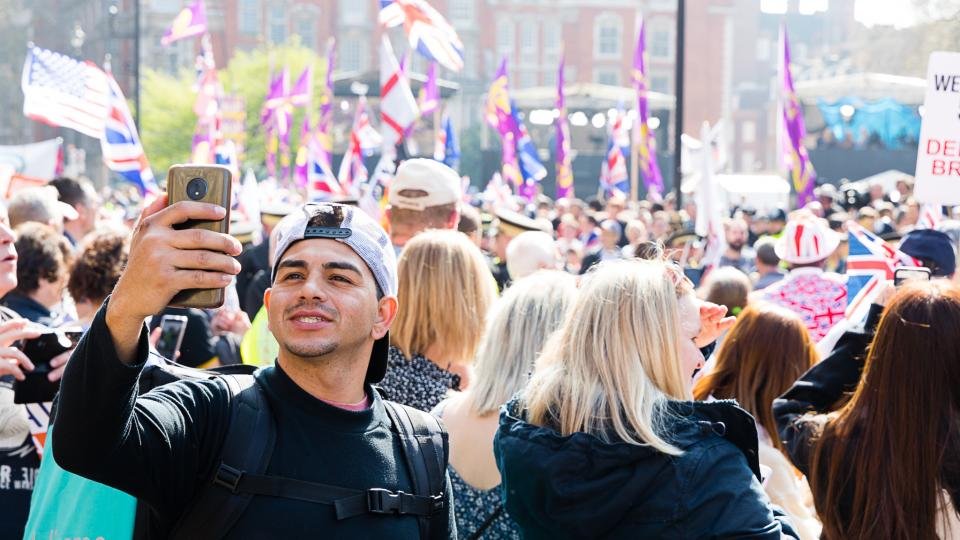 The EOS R’s video modes make it a properly tempting proposition for all self-facilitating multimedia nodes. Frame-rate choice at 4K is a little narrow, at either 25 or 24fps, although the EOS R will shoot 1080p at 50, 25 or 24fps. Alternatively, 100fps high-speed recording is available at 720p. That means it doesn’t compare fabulously to, say, the Fujifilm X-T3 1408558, which can shoot up to 60fps in 4K, and 120fps in 1080p, but as long as you’re happy to shoot standard frame rates – documentary makers, for example – there’s plenty to like about the output. That full-frame sensor gives a real sense of depth of field, while all the things we like about the EOS R’s image quality are as true for video as they are for still images.

There are a few tricks up the EOS R’s sleeve, too. Focus peaking is available in manual focus mode (but not, arbitrarily, in autofocus mode) and there’s the option to shoot in Canon log, which will endear the EOS R to colourists everywhere. Indeed, shooting in log is possible in both 8-bit and 10-bit; the latter made possible when you connect the EOS R to an external HDMI recorder. Naturally, you get twin mic and headphone sockets.

This is a cracking debut on the mirrorless camera market for Canon. It won’t be a camera for every professional out there – not enough body controls, frames per second and battery life – but for enthusiasts who simply want the very best image quality, it has to make the shortlist. That high-resolution sensor simply drinks in light, while the Canon 24-105mm f/4 RF-mount lens is deeply impressive.

Performance is otherwise excellent, with few dropped shots due to either autofocus or burst mode performance for the vast majority of subjects. It’s very usable, particularly if you’re willing to sacrifice a few manual options in favour of the EOS R’s very good automatic metering. We love the touch-sensitive autofocus point repositioning – an unusual instance of a feature at once both novel and useful.

We can’t wait to see what Canon does next with its mirrorless range, and we’re particularly interested to see if it starts bringing out mirrorless cameras that better bridge the gap between professional and consumer, but this is an absolutely stonking start.