These are the top Canon compact cameras on the market today and are all available at a competitive prices at Amazon UK, click links for current offers.

Canon's compact camera range consists of fixed-lens models that range from advanced compacts that are a more portable alternative, or even a compliment, to a DSLR-style camera to very basic point-and-shoot cameras. Inbetween these two styles are bridge cameras that offer huge optical zooms in a DSLR-style body and superzooms which, as the name suggests, feature powerful zooms but in a more compact body.

If you want the manual controls DSLRs give you but in a smaller, often, more stylish body then an expert camera could be a good choice for you. With dials, buttons and viewfinders, they're perfect for travellers who want to control how their images are taken without having to carry a bulky camera around. 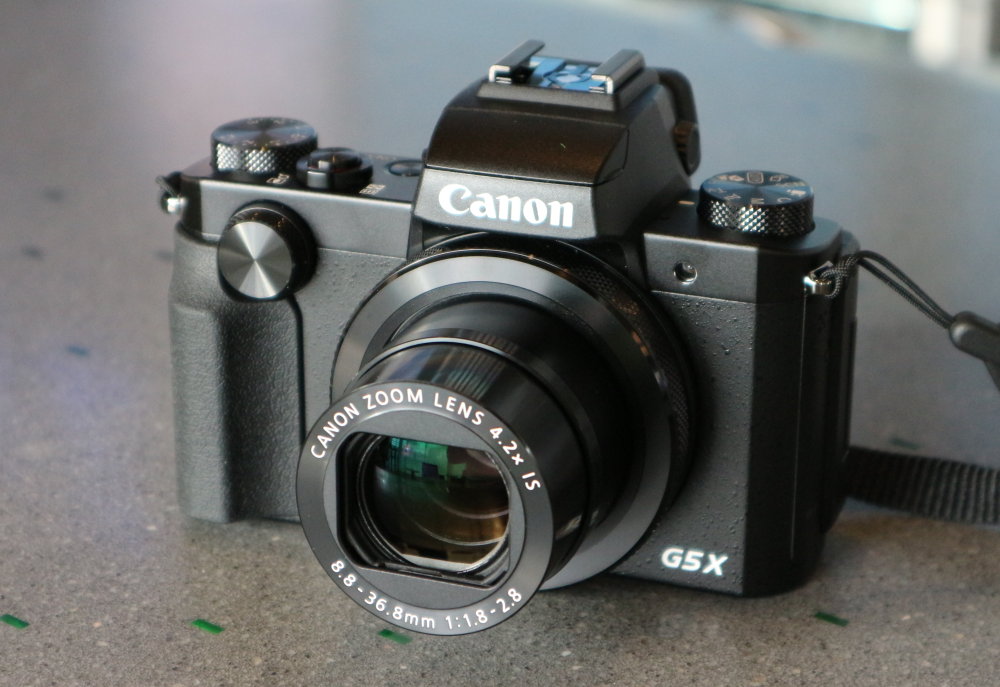 The Canon PowerShot G5 X is a rather complete package, offering excellent image quality, good control and handling, as well as a built-in electronic viewfinder.

Some of the features include a 4.2x optical zoom lens, 20MP 1inch sensor, good noise performance, a tilting vari-angle touch screen and a rapid focus system. Wi-fi and NFC are built-in and the overall build quality is excellent.

High-speed shooting isn't the quickest when using RAW, there's no panoramic mode and battery life is a little short but these are the only negative points we found when testing the camera. 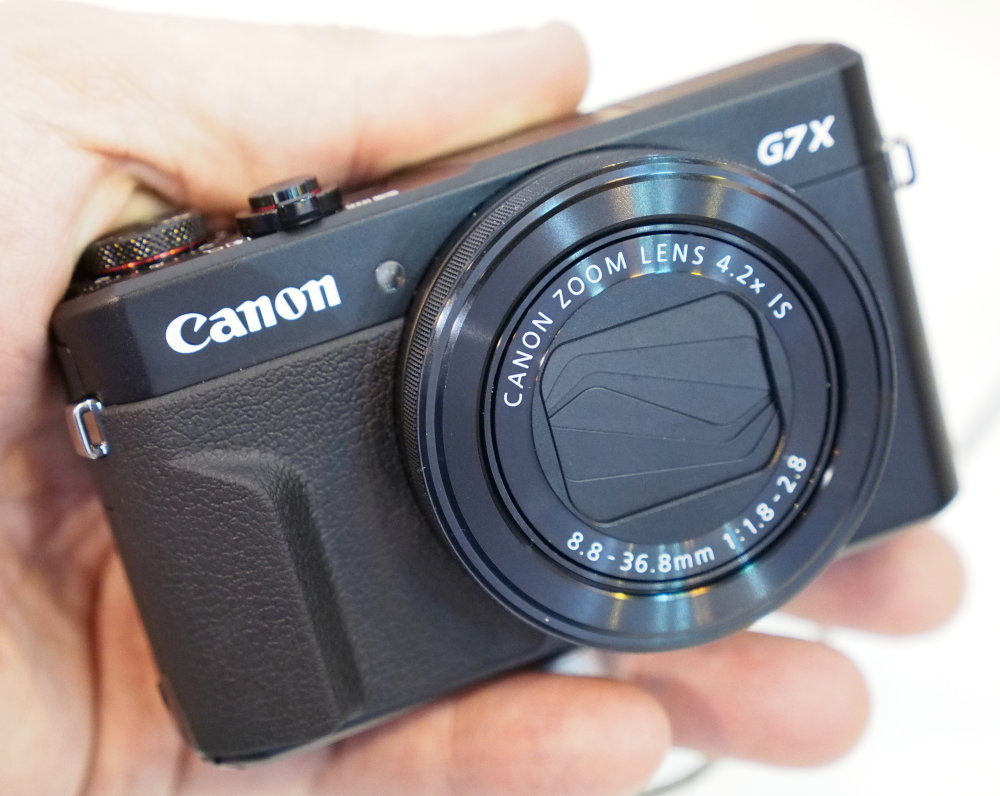 The Canon Powershot G7 X Mark II would make an excellent choice for those that don't want to take a bigger camera with them but also don't want to compromise on image quality or control. 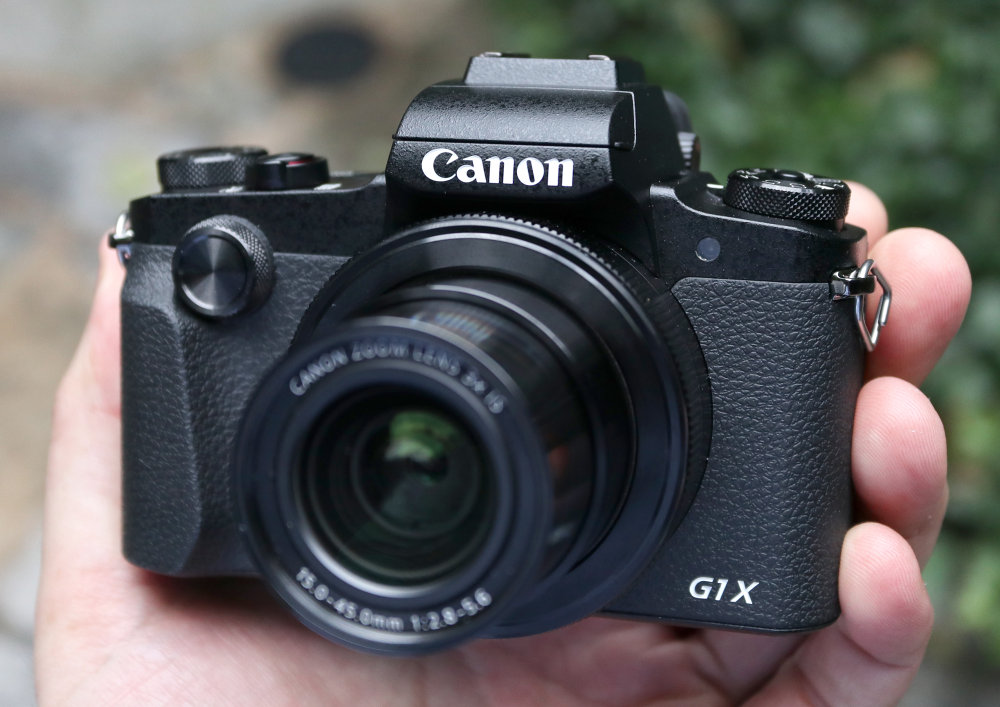 The Canon Powershot G1 X Mark III offers DSLR quality in a compact camera with a price slightly higher than the compact cameras listed so far.

You get a 24mp APS-C CMOS sensor, 3x optical zoom lens with f/2.8 aperture, excellent noise performance and a 3inch vari-angle touch-screen. There are plenty of control wheels available and unlike some models, this one features a panoramic mode!

The camera is compact, well built and offers excellent handling/usability. It doesn't offer the battery life of a DSLR but this can be quickly be solved by the purchase of a spare battery or two. There's no 4K video built-in either. 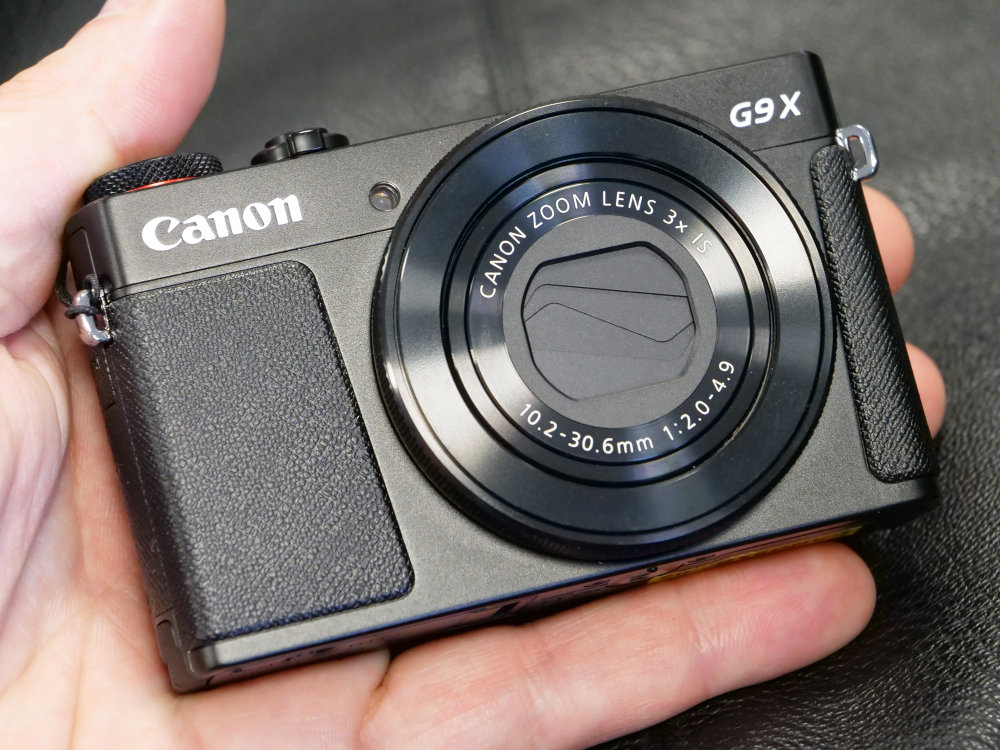 Having to use the 3inch touch-screen to change controls may not be to everyone's liking and if need lots of zoom, the G9 X Mark II may not be for you but if you want something compact that can deliver great image quality, then it's worth the compromise.

Bridge cameras have a DSLR-style body but offer you a long zoom range without having to change lenses. You also get manual controls, should you want to use them, and they tend to be rather affordable. 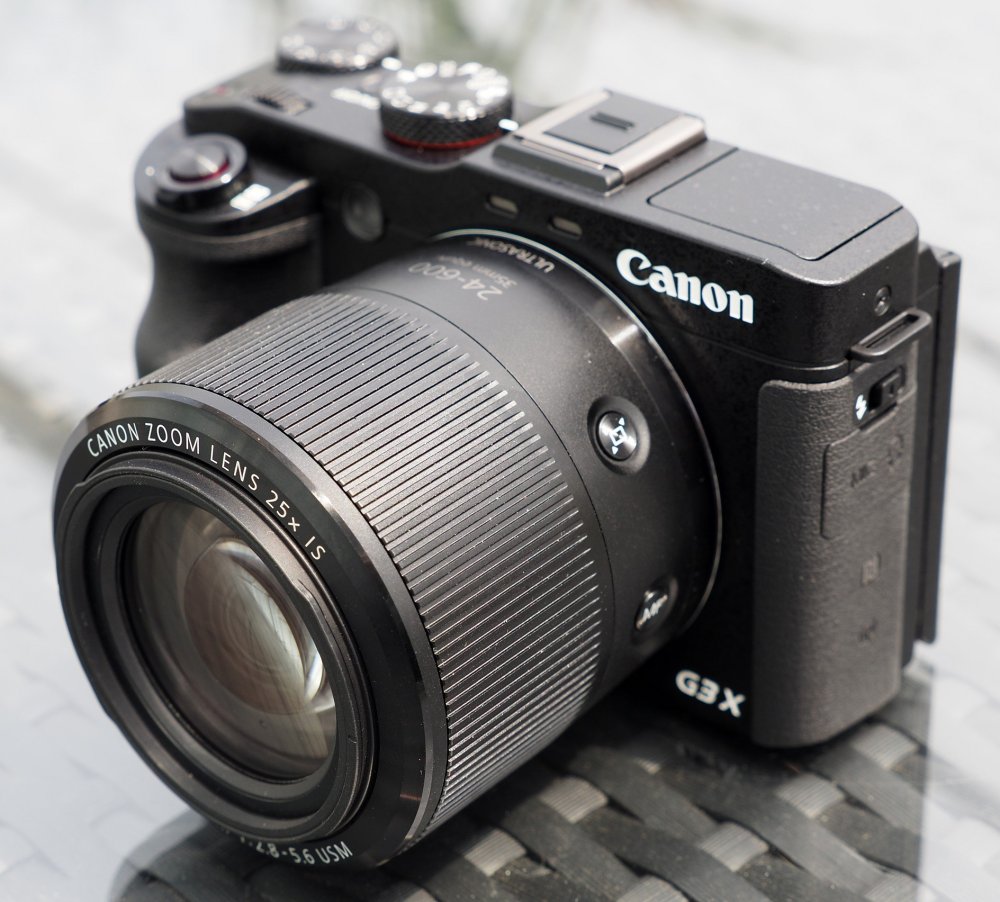 The Canon Powershot G3 X is the only Canon Bridge camera we've tested to get a 'Highly Recommended' award and it has plenty of plus points, including a long zoom (as expected), very good noise performance, built-in wi-fi/NFC, 3.2inch tilting touch screen, 7fps continuous shooting (JPEG images) and built-in Mic /Headphone sockets.

The camera body has good handling with a good size rubber hand grip, and along with weather sealing, the camera is well suited to shooting in a variety of conditions.

There's no electronic viewfinder or 4K but if you don't really shoot video and are happy to use the built-in screen when framing your shots, you won't have any problems. 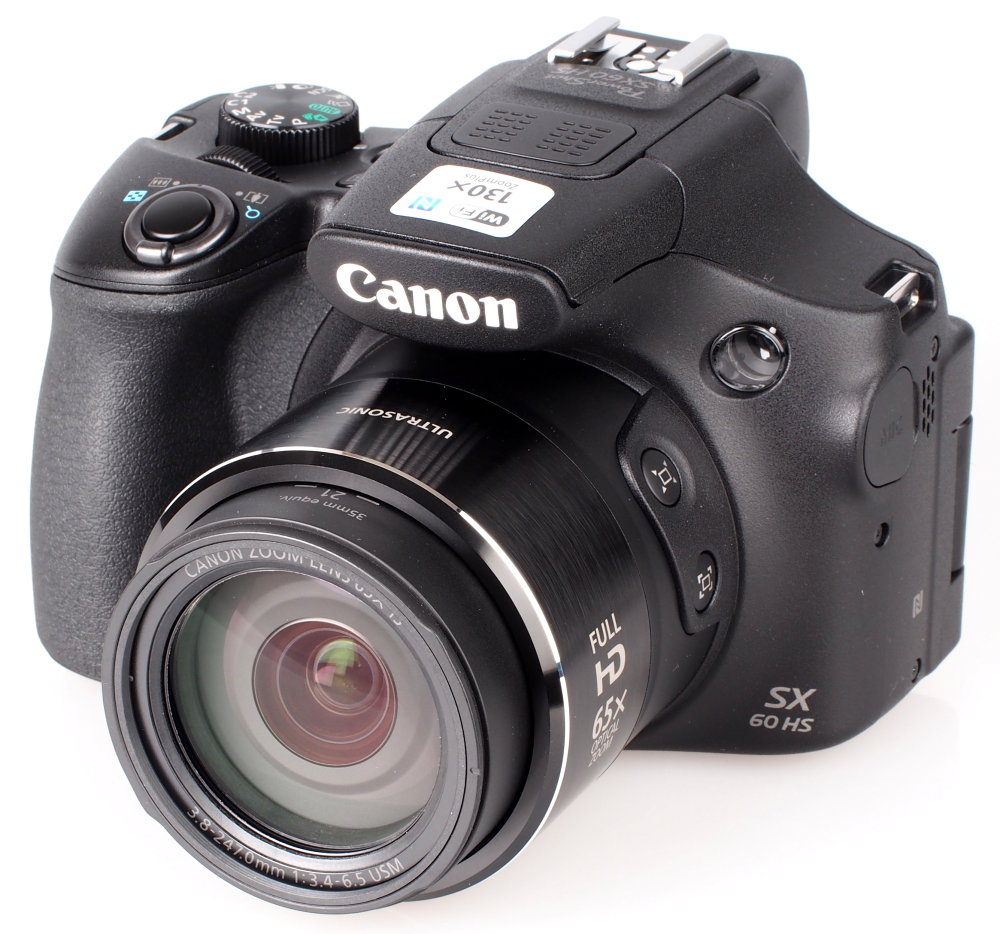 The screen has very good viewing angles, and the camera feels good in the hand with a generous rubber hand grip.

If you don't want a DSLR-style camera body but do want a powerful zoom then a superzoom compact could be for you as you get a smaller body without compromising on reach. 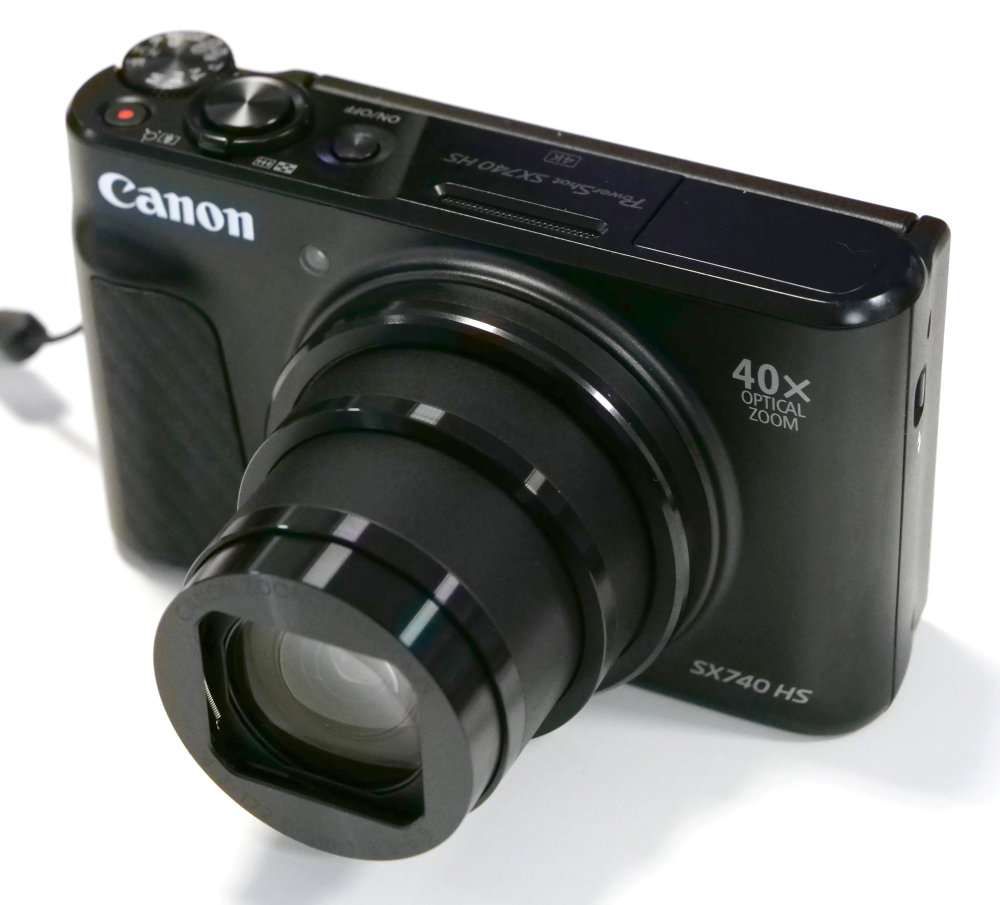 You do need to be in bright sunny conditions to get the best results as increasing the ISO level does give you softer images and not having panoramic shooting, raw shooting, and a touch-screen may put some beginners off. The camera does continue Canon's tradition of offering good colour reproduction, though. 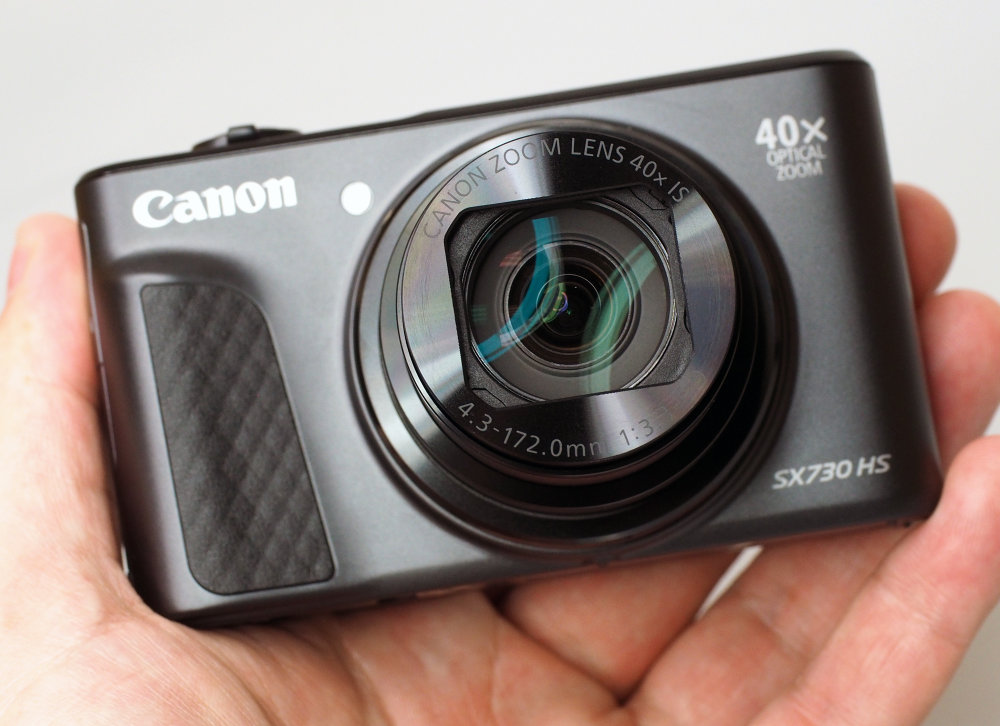 The Canon Powershot SX730 HS has a 40x optical zoom and as with the majority of Canon cameras, colour reproduction is excellent. There's a tilting selfie screen, built-in Wi-Fi, Bluetooth and NFC and 1cm macro focus.

The camera is easy to use with a number of auto and scene modes, and for the more advanced there are manual controls. FullHD video recording is available, and with optical image stabilisation, video quality is good, although competitors now offer 4K video.

These are pocketable-sized compact cameras that don't have the bells & whistles more expensive models do but for someone who simply wants to, as the name suggests, 'point & shoot' they could be a good option. Even more so if you just want to share to social media. 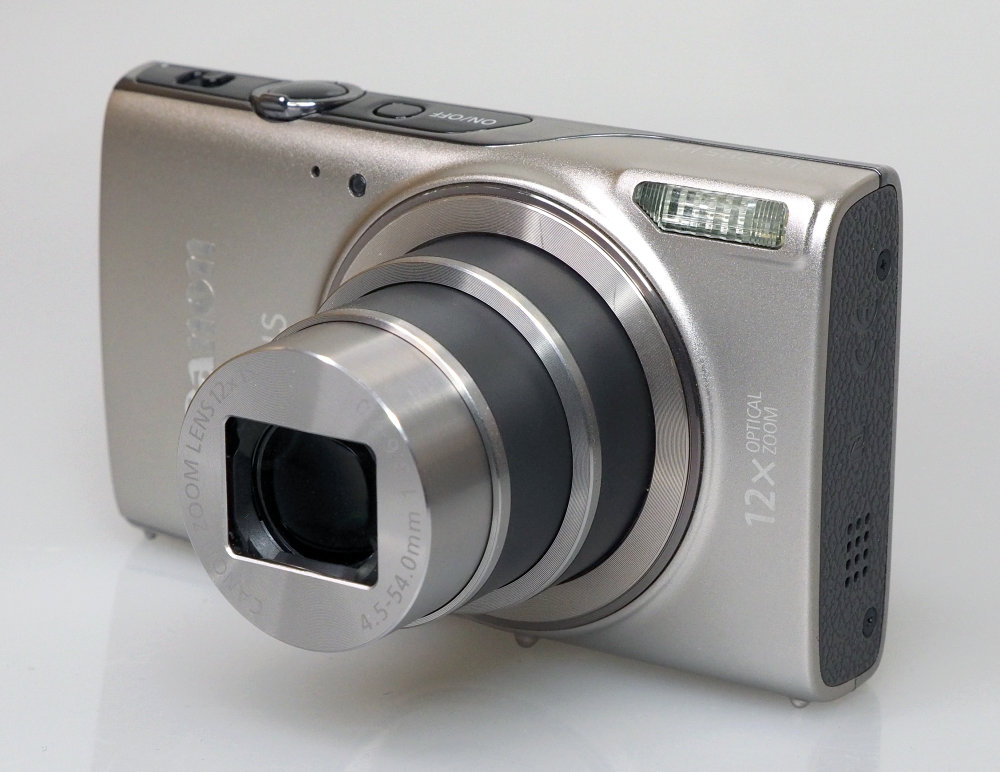 The Canon IXUS 285 HS camera should be suitable for most people, particularly if you want to share images to social media sites, and the 12x optical zoom is decent. The compact size makes it easy to take with you everywhere you go, and it's quite good value for money but noise can be an issue in some shooting situations, the battery life is short and there are some auto modes (HDR, panorama) missing.

This article contain Amazon affiliate links, which means we may earn a small commission (at no extra cost ot you) if a reader clicks through and makes a purchase. All our articles are independent and are in no way influenced by any advertiser or commercial initiative.

More in this category: « Best Canon DSLR Cameras 2019 Top Digital Cameras For Children in the UK »