So the EOS 250D is a promising looking bit of kit. It sits almost exactly in the middle of Canon’s consumer range, but not bursting with expensive high-end features like the EOS 90D.

The question – is it capable enough to keep ambitious beginners happy, or does it sacrifice too much performance and too many features on the altar of budget-consciousness?

The spec sheet makes for promising reading. Images are high resolution at 24.1 megapixels, courtesy of its APS-C sensor, with a maximum ISO of 51,200. At the heart of the EOS 250D is Canon’s DIGIC 8 – the same sensor as you’ll find in the EOS R and EOS 90D, among others. It offers enough oomph to allow the 250D to shoot 5fps in its fastest continuous mode, as well as providing for 4K video shooting at 25fps. You also get Canon’s dual-pixel CMOS autofocus, which allows for autofocus to be performed on the sensor itself, theoretically allowing faster autofocus in live view and movie modes.

A key differentiator between this and mirrorless cameras is the optical viewfinder, allowing photographers a direct view through the camera’s lens – and which doesn’t drain the battery every time you compose an image. That allows Canon to claim an impressive battery life of 1,070 images – significantly more than any mirrorless camera we can think of. You can still shoot the EOS 250D in live view mode, of course, and to that end there’s a 3in, pivoting touchscreen with 1,040,000 pixels. The EOS 250D uses Canon’s dual-pixel technology to allow autofocus to be performed on the sensor itself, leading to – theoretically – fasterand more accurate autofocus in live view. 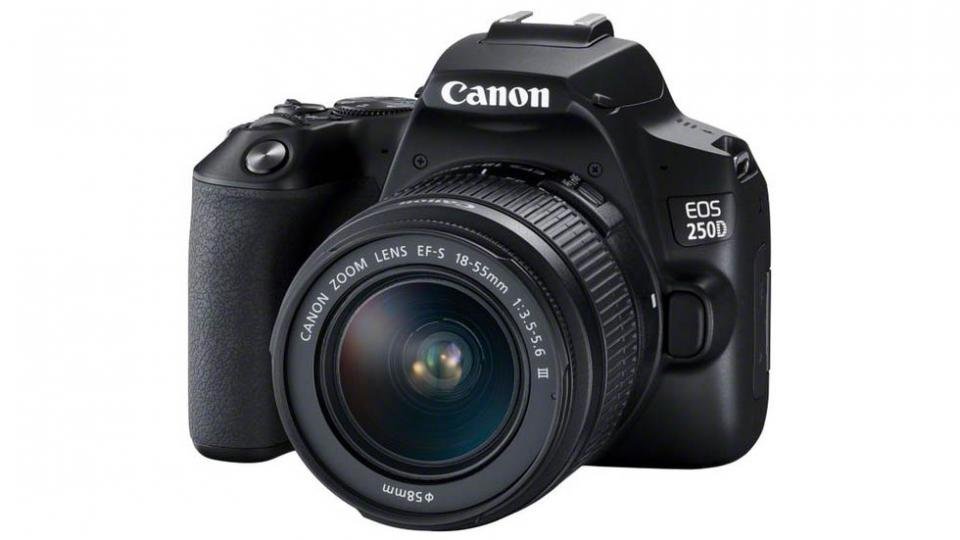 The EOS 250D is small – just 122mm wide, and it’s light. So light, in fact, that Canon is able to slap the bold claim on the box that this is the world’s lightest DSLR with a moveable screen. Before you add a lens, you’re looking at just 449g. This doesn’t quite put the 250D into mirrorless territory – but it does make the 250D utterly manageable for a day’s sightseeing, for example. Despite its whittled-down dimensions, one of the traditional strengths of the DSLR – excellent ergonomics – are preserved. The grip on the right hand side of the camera is deep and comfortable and the camera feels well balanced.

Body controls are, largely, present and correct, with a few sacrifices made to keep the EOS 250D’s dimensions in check. The autofocus point and autoexposure lock buttons are stacked on top of each other a little awkwardly on the back of the camera, and the camera’s buttons are almost universally titchy, which will make them tricky to hit if you’re trying to make manual adjustments while wearing gloves. Overall usability is good, though. The click wheel behind the shutter release is knurled and moves with a solid click; while it’s the only settings dial on the camera, Canon has made the Av button a bit bigger and easier to hit, allowing manual photographers a relatively easy time. 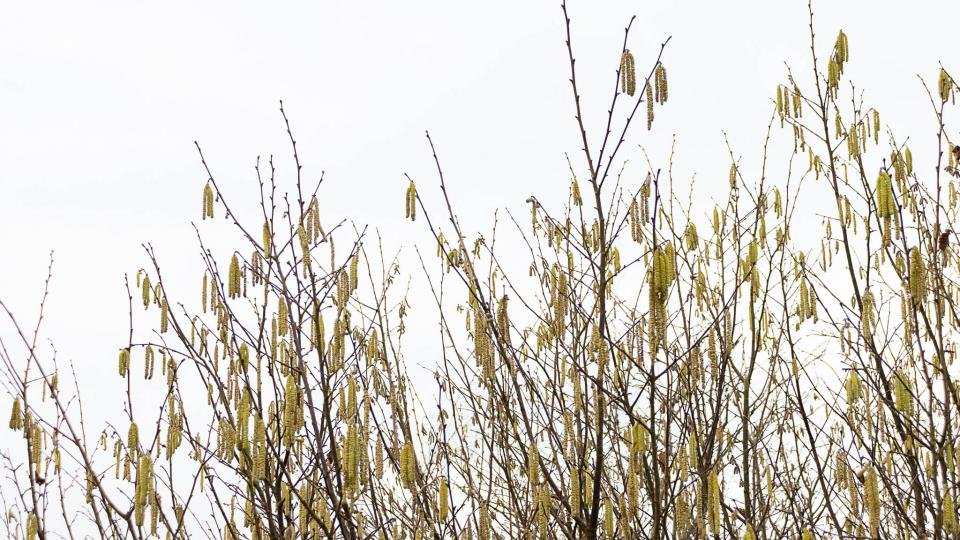 The monitor on the back is the only way to see how the EOS 250D is set up – you’ll need to get the Canon EOS 77D if you want a secondary LCD screen with shooting data. Luckily, it’s a good ‘un: 3in diagonally with 1,040,000 pixels. It’s – natch – a touchscreen, and while Canon’s in-camera menu system hasn’t changed significantly in about a decade, it held up to the vagaries of our fat fingers pretty well – we found getting around with either the jog dials, D-pad on the back or the touchscreen intuitive, fast and accurate. For beginners, it’s pleasing to see Canon’s excellent guided menu systems available as default. Flick to Av mode, for example, and the back of the camera will give you a quick appraisal of what different aperture settings mean. You also get plain-English warnings if you’re about to shoot over or under exposures. It makes the EOS 250D a very accessible camera for those who have never attempted to grapple with photography’s more technical points. Once you’re cooking on gas, you can choose to use Canon’s standard menu system, seen on this and every other Canon camera up to its flagship pro models.

The controls aren’t flawless, though. We’re used to seeing the compass points on the direction pad on the backs of cameras used for shortcuts to features such as AF mode, timer settings and so on, none of which you get here. Changing focus mode or the burst setting you’re on means poking the centre ‘Q’ button on the direction pad, prodding the setting you want and changing it. It all feels like it takes a bit longer than necessary.

There’s also the hallmark of all true DSLRs: a proper, optical viewfinder. The distinction between a quality EVF and an optical viewfinder is getting thinner and thinner at the high end, but for our money there isn’t a mirrorless camera available at this price with an EVF that comes anywhere near an optical viewfinder for detail resolution. Indeed, there are enough mirrorless cameras at this price that don’t come with an EVF at all, making the EOS 250D a real catch for photographers who want a straight-through-the-lens view of their subject without holding their camera at arms’ length so they can compose images on the rear monitor. 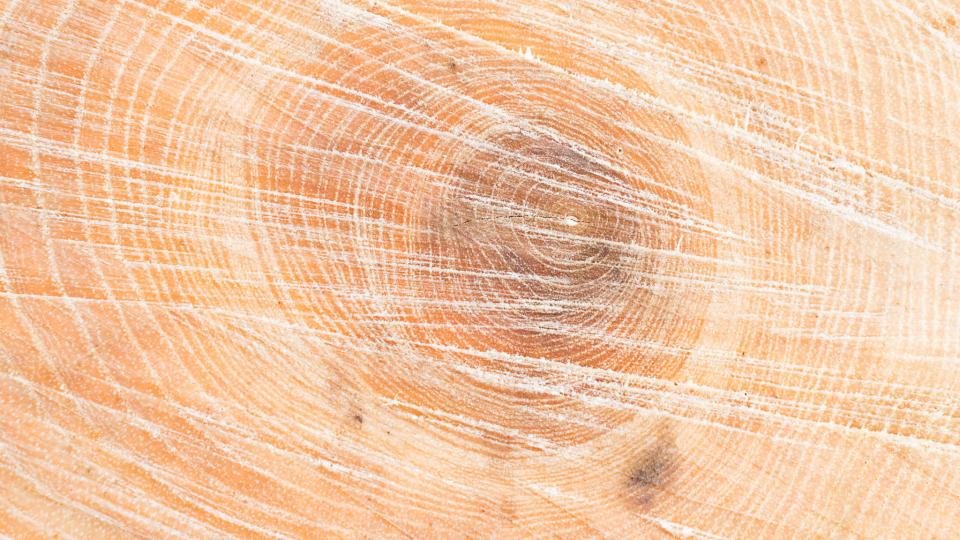 A final significant tick in the usability box is that excellent battery life. The battery itself is nothing special – a standard issue LP-E17 number you’ll spot in any number of other Canon cameras. Nonetheless, efficient electronics mean the EOS 250D offers a claimed 1,070 shots.

A very minor point is that the battery and SD card live behind the same door, which was fouled by our (standard size) tripod plate, so those who fit a plate will have to take it off each time they want to charge the battery or use an external memory card reader – more or less a certainty given that the EOS 250D can only transfer data at poky USB 2 speeds.

You get a reasonable number of ports. Videographers who want to plug in a set of headphones are out of luck, but there is a mic socket. On the other side of the camera there’s a mini HDMI-out port, which can be used with an external recorder, as well as a micro-USB port – so no USB 3 data transfer or USB-C charging here. Also, incidentally, no USB cable in the box, *rage emoji*.

Canon is ole’ reliable when it comes to image quality. Predictable and superb colour science married with excellent fine detail and good ISO performance means the EOS 250D can produce punchy JPEGs for those who aren’t interested in the finer points of image processing, or flatter, more malleable RAW files for those who are happy in front of an editor.

The finer points: the supplied lens, Canon’s standard-issue EF-S-mount 18-55mm f/4-5.6 IS STM is reasonable rather than revelatory. In high-contrast areas we saw purple fringing at apertures as small as f/8, and edge sharpness never really gets going. They don’t call them interchangeable lens cameras for nothing, though: our advice is to bag the EOS 250D body-only and find something with a bit more panache even if this will be your first quality camera.

Noise performance isn’t affected by the lens you use, of course. ISOs up to 800 were more or less interchangeable in terms of quality, giving you about four stops of shutter and aperture flexibility. ISO 1600 showed rather more noise, but nothing awfully disruptive.

Video quality is excellent, although the relative paucity of features means serious videographers will want to look elsewhere. We found plenty of detail in the EOS 250D’s 4K, 25fps output, but with no log support or headphone socket, and no high-speed framerates available beyond 50fps at Full HD, this camera is perhaps better suited to light vlogging or DIY documentaries than the demands of more ambitious filmmaking. On the plus side the kit lens has a stepper motor, which makes for all-but silent operation even with autofocus tracking turned on. We appreciate the inclusion of focus peaking.

This is definitely a better stills camera than a video shooter – the former is something the EOS 250D is perfectly suited for; it’s merely adequate for video.

It’s a rare photographer that can’t remember their first serious DSLR, and for years Canon has played a key role in building cameras that offer the perfect blend of affordability, performance, usability and image quality. The EOS 250D continues that heritage nicely – it takes great images and supports a wild number of lenses that will allow it to grow with learning photographers. It’s usable, and its guide mode provides an easy way into the jungle of f-stops and shutter speeds. You also get superb battery life and a fairly good video mode.

Times are changing, of course, and it will be interesting to see what Canon’s entry-level DSLR looks like in 18 months – battery performance on mirrorless cameras is only going to improve, and there are other manufacturers, notably Fujifilm and Sony, producing ever-more tempting cameras for mass-market photographers. For now, for the money – the EOS 250D makes Canon as solid a choice as it ever was.

More in this category: « Insta360 One R UK review: Great tech but not quite there