What is it? It’s Amazon’s latest smart speaker. It comes with a touchscreen like the Echo Show but it’s more compact and a lot more attractive

Amazon pitches it as an Alexa-enabled alarm clock but it’s also capable of making video and voice calls and lets you watch video, although not via YouTube thanks to the firm’s recent spat with Google. 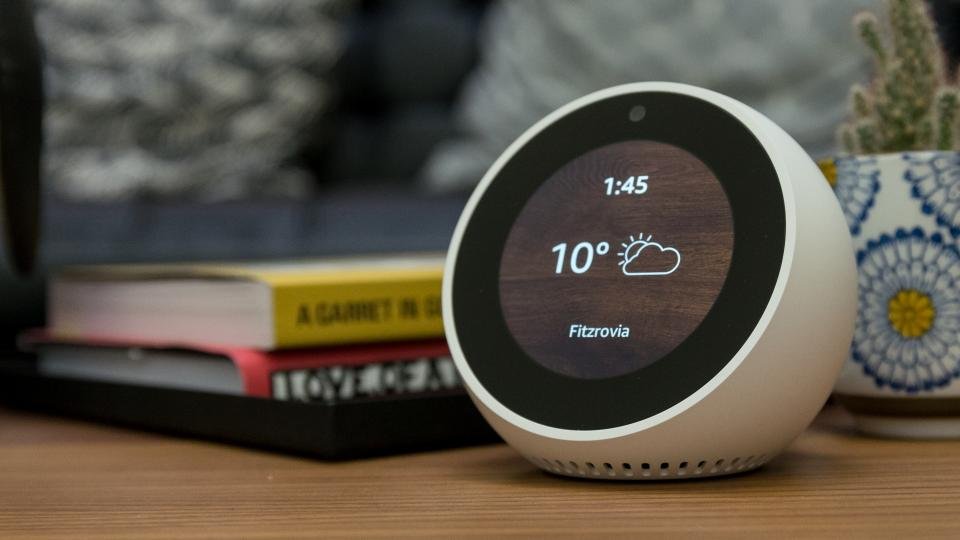 Otherwise, the Spot has all the powers of the other Echo devices, meaning you can control your smart home with your voice, ask it to tell you jokes, get updates about the weather and stream music via Spotify or Amazon Music.

Available for £120 in either Black or White the Echo Spot can also be purchased as a twin pack for £200, at a total saving of £40.

As for its rivals, there’s Amazon’s own suite of Alexa-powered smart speakers to contend with, including the dirt-cheap Echo Dot (£50) the all-new Amazon Echo 2 (£90) and the Echo Show, which has a larger 7.5in touchscreen and better sound quality for £200. 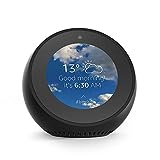 The main appeal of the Echo Spot compared with its larger sibling, the Echo Show, apart from the lower price, is its size and the way it looks. It’s spherical in shape and about the size of a softball, with a portion of the bottom sliced off so you can stand it on a flat surface and a section of the front cleaved away and replaced with a circular 2.5in, 480 x 480 resolution touchscreen and VGA camera.

It’s like a grown-up Echo Dot and the perfect size to use on your desk as a smart speakerphone-cum-intercom. You can even use it, as Amazon suggests, as a voice-driven alarm clock but you’ll need to make sure you mute the microphone and camera when you go to bed to avoid your contacts dropping in on you at awkward moments. Fortunately, just like the Echo Show, the Spot has a mute button on top to do just that and a do not disturb mode to prevent intrusions while you sleep.

Otherwise, the Spot is ideally suited to the role of smart alarm clock. When you’re not asking it questions or carrying out video calls it shows a nice-looking clock face on the front, with 17 different styles to choose from and, when you wake up, the display scrolls through a series of news snippets you can ask it for more details about.

And you can set an alarm to wake you with a regular alarm tone or your choice of music or radio station. Beware, though: there’s no way of telling if Alexa has figured out your request exactly, so be prepared for an early morning shock as she tries to wake you up with a blast of punk rock when all you wanted was the calming sound of waves lapping the shore to ease you into Monday morning. 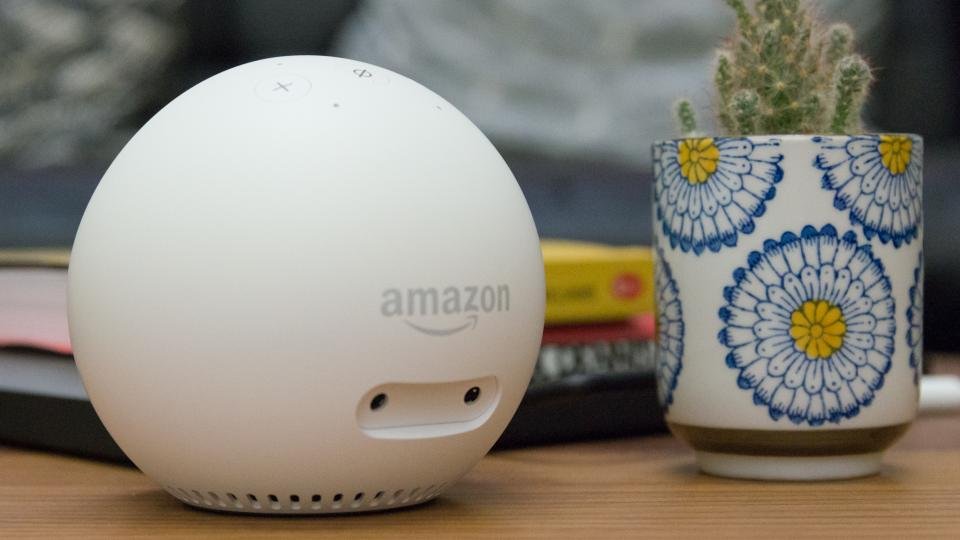 Does the circular touchscreen add to the Alexa experience otherwise? Well, much like the Echo Show, it displays stuff on the screen and allows you to interact with all sorts of things with the power of your index finger. You can access all of your device settings such as display brightness, Wi-Fi and Bluetooth as well as watch the occasional movie or TV show via Amazon Prime Video.

Likewise, you can make and receive video and audio calls as well as view Amazon’s flash cards when you ask Alexa a question or receive song lyrics whenever you play your favourite tunes.

The Spot also works well with a long list of smart home devices, from smart bulbs to thermostats and its screen means it’s particularly well-suited to smart security cameras, like the Nest IQ cam, which you can bring up the feed for with a simple voice command.

Okay, everything’s tickety-boo for the Echo Spot so far, but there’s one crucial and disappointingly negative aspect: sound quality. Despite replicating the Echo Show for features and smart speaker capabilities, the Spot comes nowhere near it for sound quality. 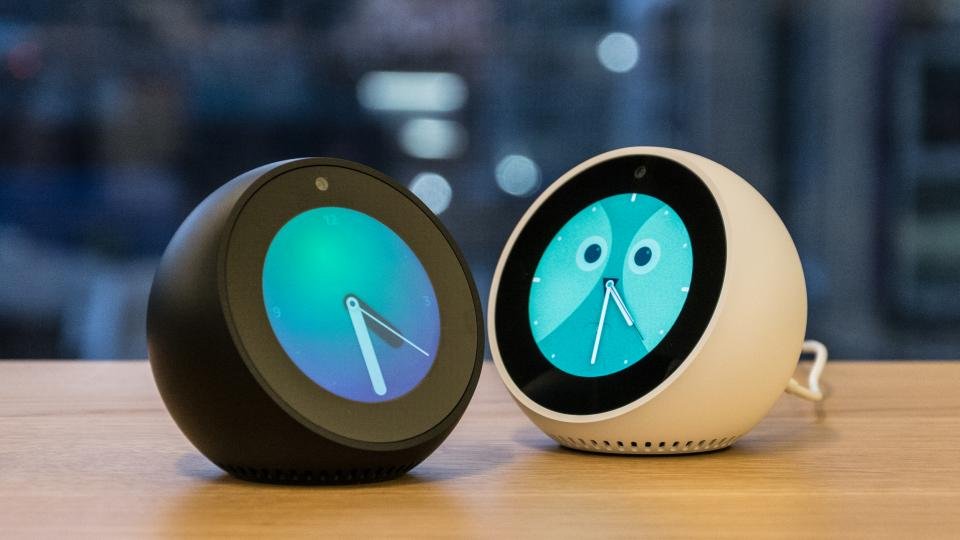 It isn’t as thin or as scratchy sounding as the Echo Dot - the Spot is more full-bodied than that - and it’s perfectly fine for catching up on the news headlines or your favourite podcasts. When it comes to music, though, there’s simply not enough bottom end or warmth to do your favourite tunes justice and it doesn’t go very loud either.

Set up in my moderately sized kitchen I often found that even turning up the volume to its highest level wasn’t enough to raise it above the background of the extractor fan or the kettle boiling. It’s worth noting, though, that you can hook the Echo Spot up to an external speaker via the 3.5mm aux out or via Bluetooth for a fuller, more engaging sound.

That’s a pity but it won’t alarm you to hear that the Spot employs the same excellent far-field microphone technology as its other Echo-powered siblings. There are four microphones here instead of the seven you get on the regular Echo 2 and Echo Plus but they’re just as effective at picking up commands from both near and far and against quite noisy backgrounds.

The Amazon Echo Spot is easily one of the more interesting Alexa-powered devices Amazon has released recently. It’s far better equipped to blend into your home’s decor than the Echo Show and the circular touchscreen adds valuable extra features.

The one fly in the ointment - and it’s a pretty major one - is the price. At £120, it’s £40 more than twice as pricey as an Echo Dot, £40 more than the Echo 2 and only £30 less than the all-singing, all-dancing smart-hub capable Echo Plus. That makes it one hell of an expensive alarm clock.